Futoshi Anouma, Director of Dennemeyer’s Japanese office, is celebrating his very own two anniversaries in the context of our birthday campaign: the 1987 Tokyo office inauguration and the moment he took over as Director in 2007. A remarkable success story within the global Dennemeyer Group.

A little more than ten years ago, I was selling machines and equipment to industrial manufacturers. I was hired by a German company to establish their Japanese unit and to manage and expand their business there. When everything began to run smoothly, I felt I should try something new. So, I called my headhunter and asked him to explore new opportunities and challenges for me – ideally with a Western-based company that was planning to expand into Asia. The very next day, he called me back to inform me that I would meet the CEO of a promising European company. The very next day! I was surprised, but interested. In the following call, I learned that things were urgent to the CEO and we met personally a day later.

The facts: The Japanese office had one Director and four employees, none with enough experience in the field of IP. Besides, the Director had already resigned and three of the employees were counting down the days until their leave. The IP industry was new to me also, but I soon realized that we were not only about to be losing all employees (but one), but also the biggest clients. What did I do? Practically everything, from sales to accounting, operations and recruiting. Things improved very soon and today Dennemeyer Japan manages almost half a million cases per year, with over 30 employees and 1800 clients. Dennemeyer is recognized as a premium IP service provider in Japan, offering services such as Annuities, Renewals, Recordals or IP management software.

Time for another challenge: In 2011, I opened the Beijing office in a move to establish Dennemeyer in China as well. Again, I have been blessed with good staff and was successful in my endeavor. The years passed very quickly and, given the amount of work and numerous achievements, it is hard to believe that everything that happened, really happened in only one decade. This is why I am proud to congratulate my entire staff on that anniversary! We have our very birthday to celebrate in the context of Dennemeyer's 55th anniversary. 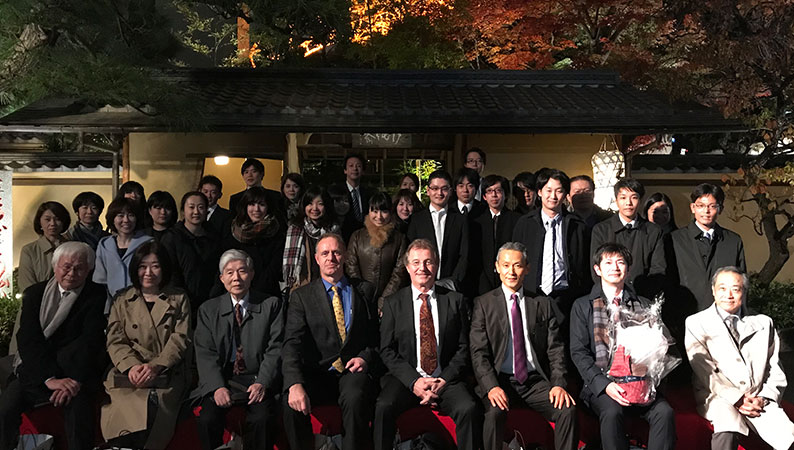 How has the industry changed during these past ten years? I had the doubtful pleasure to be around when the Lehman shock hit the IP industry. Before, the IP department was seen as the holy cow of every corporation. Responsible for the crown jewels and, finally, for the future success of the entire company, money did not really matter. In the financial crisis, this suddenly changed and even IP counsels were forced to keep an eye on costs. Good for us: Dennemeyer was there with excellent outsourcing offers that led to an increase in market share in Japan from 2% to more than 30% today. The reasons for that success story: passion, accurate work, the best service and an unreached level of flexibility. What is left to say? Based on the excellent reputation in the Japanese market and working together with the most-diversified global IP group, we are in pole position to become number one in Japan. Ask me again when we celebrate 60 years of Dennemeyer!

55 years of Dennemeyer is a birthday not to be celebrated only by us and our clients. Every company that sources IP services is invited to benefit from our anniversary campaign by making use of our very special present: Ask for a preferential price for one or more of our 39 IP services which you are currently not yet sourcing from us. The only condition: The service(s) must be new for you.

Good that we have it all!