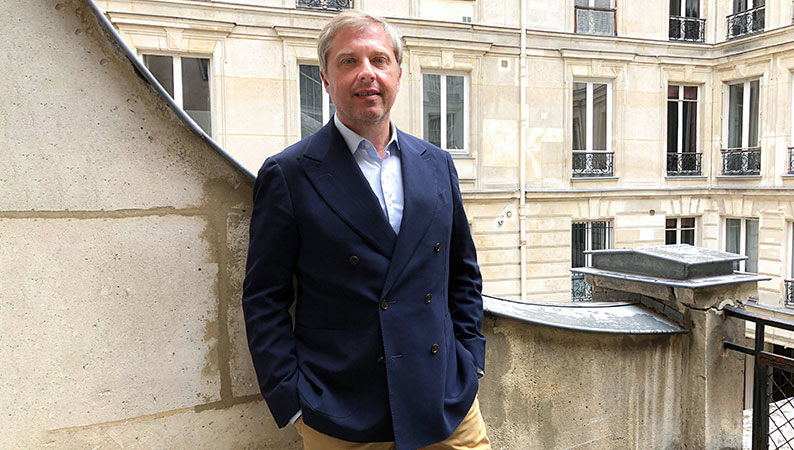 If you ever visit Frédéric Blanc in his Dennemeyer office in France, you might catch him practicing guitar! Something you might find interesting about him is that he also plays the Shamisen, which is a three-stringed traditional Japanese musical instrument.

Dennemeyer's Associate Spotlight is a monthly feature highlighting our team of dedicated professionals who work  in 23 offices around the globe. Get to know Frédéric Blanc, Head of Dennemeyer & Associates, France, Trademark and Design Attorney (FR), and European Trademark and Design Attorney. Prior to joining Dennemeyer & Associates, Frédéric held various legal and senior executive positions in the fashion industry, including Deputy IP Director at Lacoste and IP Director at A&F in Switzerland. Learn more about him in our 9-question interview series below.

What IP matters do you assist clients with the most?
I mainly focus on trademark and design prosecution. Due to my past in-house experiences, I am also involved in anti-counterfeiting activities.

What has been your favorite IP work you’ve been involved with or case you’ve handled?
Several years ago, I represented an American company involved in a copyright infringement case for its famous character created in 1911. The character and story were slavishly reproduced by the producer of a morally reprehensible film. It was exciting to immerse in the Berne Convention to have the work created in the US judged to be also protectable in France 80 years later! The movie was found to be counterfeit and its distribution prohibited. It was not a great loss for the history of cinema!

If Dennemeyer were a TV show, which actor would you want to play you?
Gérard Depardieu, when he was young!

What is the best thing about the company you won’t find in the job description?
To have discovered that the company was so global. This really gives added value both for the services and employees.

Do you have any "hidden talents"? 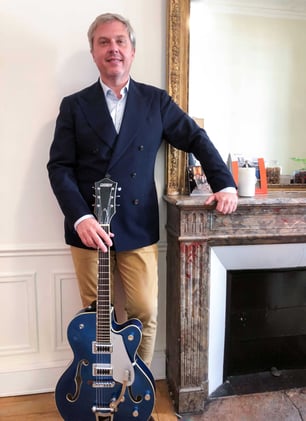 I am probably one of the rare French who plays Shamisen, which is a three-stringed traditional Japanese musical instrument. It is played with a plectrum called a "bachi." The instrument is mainly used to accompany the Japanese Kabuki theatre. I also play the guitar.

What is your favorite thing to do in your spare time?
Practicing shamisen and karate. Sometimes I find myself more Japanese than French!

What is your most treasured possession?
I have a bottle of Chateau d'Yquem 1955 wine in my cellar. I don't know if I will ever open it.

What is your favorite vacation destination and why?
Côte d’Azur. I love the sea and sunshine.

What is something most people might be surprised to know about you?
That I am able to do the splits!

Join the discussion
Filed in
Related articles
Patent und Lederhose - How can the Bavarian Government support SMEs best in IP?
January 8, 2019
Everyday IP: When were socks invented?
December 15, 2020
Everyday IP — Brushing up: When were toothbrushes invented?
January 20, 2021
Case study: Infringement potential analysis in a complex industry
February 4, 2021
Everyday IP: The history and evolution of books
March 12, 2021
Get the updates in your inbox: Subscribe now!