Blockchain – the salvation for IP management? 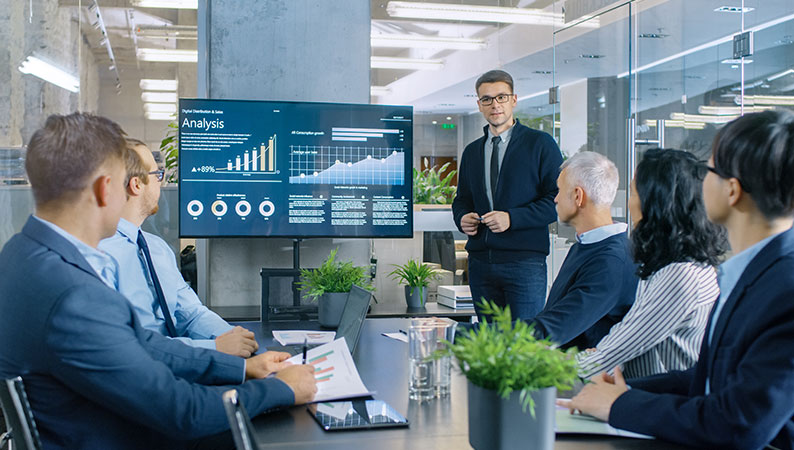 Blockchains are the most expensive and most inefficient databases one can imagine. This is exactly what makes them interesting for certain processes in Intellectual Property management.

Do you believe that blockchain is here to save the future of IP management? In an engaging presentation delivered during a live seminar on May 16, 2018 in Munich, Dr. Richard Brunner, Chief Legal Officer of the Dennemeyer Group, thoroughly challenged the established notion of blockchain as a salvation technology.

Although blockchain patent registrations reached a peak within the areas of IT methods for management and digital communication in 2017, Dr. Brunner showed that the blockchain concept is not as new as one might believe. Wei Dai coined the term "cryptocurrency" as early as 1998 and Satoshi Nakamoto published his famous whitepaper, "Bitcoin: A Peer-to-Peer Electronic Cash System," in 2008.

It became clear that blockchain is not a new standalone technology, but a combination of already existing well known technologies.

Indeed, blockchain has several interesting features that offer market potential, such as peer to peer transactions, chronological recording of transactions, transparency and decentralization. In the market of IP management, the blockchain technology could potentially be employed as proof of ownership for unregistered Intellectual Property rights, proof of use for trademarks or even as digital representations of IPRs and related transfers, for example, as blockchain tokens. Furthermore, paying official fees in cryptocurrency such as bitcoin may become widely accepted.

Nevertheless, Dr. Brunner’s presentation made it clear that official intermediaries such as patent offices or collecting societies cannot be replaced easily and that IP experts will continue to be required for legal matters and examinations. Moreover, blockchains are not yet acknowledged by most courts and are highly inefficient due to slow ticking transaction processes. Currently, they are further associated with an incredibly high energy consumption.

Pointedly put, the mentioned downsides make blockchains the most inefficient and expensive databases one could imagine, but they still have characteristics, which provide new options in the area of IP management, especially for record keeping of unregistered IPRs.

Find out more about the potential -and downsides- of blockchain technology and their impact on Intellectual Property by watching Dr. Richard Brunner's latest webinar on this topic.

Dr. Richard Brunner's relationship with the Dennemeyer Group dates back to 2008 when he joined the company as Head of Trademarks with the mission to restructure the trademark legal practice of Dennemeyer & Associates and to establish the firm's first foreign branch office. Today, Dr. Brunner heads the Legal, Compliance, Risk Management and Quality Management departments and oversees an excellent team of international corporate legal counsels. Prior to joining, Dr. Brunner worked several years as a litigator in copyrights for recognized law firms with a focus on the music industry. Dr. Brunner is passionate about making legal topics accessible to non-lawyers and writes articles relating to copyrights, IP legal outsourcing, and corporate governance.

LinkedIn Website
Join the discussion
Filed in
Latest
The USPTO dismisses key argument of Inter Miami in their trademark match versus Inter Milan February 20, 2020
Surprising new developments in the Italian trademark law February 18, 2020
How blockchain technology will impact our legal system February 13, 2020
The top 10 rules of Intellectual Property docketing February 11, 2020
Greatest inventions to watch for in 2020 February 6, 2020
Get the updates in your inbox: Subscribe now!