Everyday IP: When were socks invented? 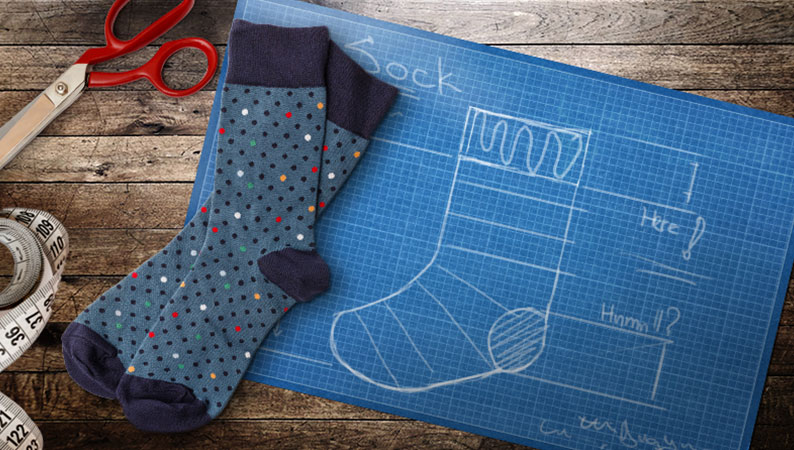 When you work day and night in the trenches of Intellectual Property, it can be difficult not to think of concepts like invention and innovation outside of their oft-complex legal contexts. So many of the IP assets we help creators protect are not even physical objects, let alone practical items you can see daily. However, many times, even the most basic products that we are taking for granted — such as the socks you are likely wearing as you read this — are tied to IP. For the first installment of our "Everyday IP" blog series, we not only looked into the answer to the question "When were socks invented?" but also take you on an exciting journey back to antiquity!

A blast from the past

Precisely answering the question of when socks first appeared involves going back quite a long time ago: There is evidence to suggest that the ancient civilizations of Egypt, Greece and Rome all wore foot coverings along with their sandals, made of either animal skins, fur or material derived therewith (usually wool). During the time when Aristotle (384 - 322 BCE) developed the first scientific treatises on philosophy and psychology, the oldest of these knitted fabric items were created, resembling socks as we know them today. They were found where historians believe that the city of Oxyrhynchus once lay, in Middle Egypt. Did you know that the word "sock" comes from the Latin term "soccus," which means "low-heeled shoe," and the Old English "socc" (translating to "slipper" or "light shoe")?

Do you wish to patent an invention?

About two millennia would pass before socks became at all relevant to most people of the world. During much of that time, they were mostly a luxury of the wealthy, not something that the everyday laborer or farmer could afford to purchase (or find the time to knit on their own). Oddly, during the Middle Ages, socks and pants of the time were often combined to form a single piece of clothing, not all that different from stockings or tights you would see today. For some, this may bring to mind the colorful garb of the court jester or the gift-filled Christmas stocking, but at that time, many noblemen wore such garments.

Geopolitics, socks and the emergence of IP rights

It is hard to believe that patent rights, like socks, date back to approximately 500 BCE, although they were first seen in ancient Greece rather than Egypt. Even more interestingly, the primary development that would help "democratize" socks took place not long, historically speaking, after legal frameworks that would serve as the roots for modern patent law emerged. 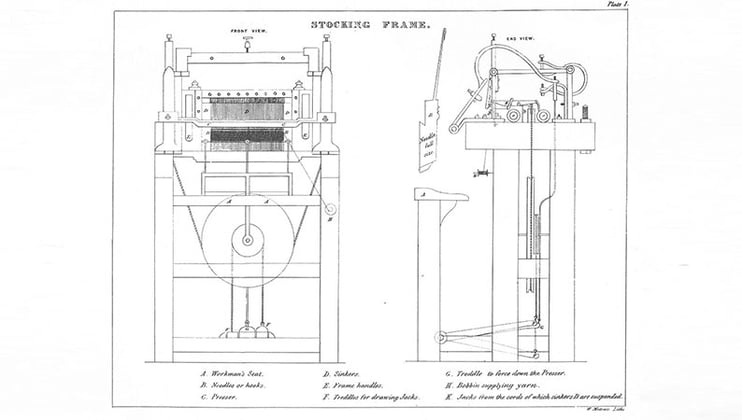 Technical drawing of William Lee's knitting frame. The original mechanism had eight needles to the inch, which Lee later improved with 20 needles. By 1598, "he was able to knit stockings from silk and wool" but, in the end, was unable to transform his invention into a successful business. (Source: Wikipedia. Image license: CC0 1.0 Universal)

In England, before Parliament passed its Statute of Monopolies in 1623, patents were awarded on a case-by-case basis directly by the crown (as opposed to the Intellectual Property Office that handles such matters today). A clergyman named William Lee, who invented the knitting machine in 1589, went before Queen Elizabeth I to seek a patent for his revolutionary device. Unfortunately, the queen was displeased by the idea of disenfranchising tailors who knitted stockings by hand and put off by the wool garments Lee's machine created. Thus, she would not grant him the exclusive rights he sought.

As many things did in those days, the further development of socks came down to England and France's geopolitical rivalry. The latter's King Henry IV, hearing of Lee's rejection by Elizabeth I, granted the inventor an audience. Quickly realizing the idea's potential, the French monarch financially backed Lee, allowing him to build a knitting factory in Rouen. Nevertheless, Lee did not have any legal control over either the designs of socks themselves or his machine. He would, sadly, die a pauper in 1614. Other individuals adopted his pioneering techniques and started more factories, and warm, sturdy wool socks became affordable for the working class during the 17th century.

The decades that followed introduced cotton as a viable fabric for clothing production. Inventions like the cotton gin and circular loom made it possible to accelerate the processing of cotton and craft socks (and other clothing) at a massive scale. The former of those devices starkly illustrates the importance of IP rights: While historians dispute Eli Whitney's creation of the cotton gin, he was shrewd enough to seek a patent for the machine in 1793, under U.S. patent laws established just four years earlier. That is why we remember Whitney as one of the Industrial Revolution's progenitors, rather than Katherine Greene, with whom he brainstormed the device. (Ironically, counterfeiters who copied the gin en masse would financially ruin Whitney himself. While patent laws were on the books back then, enforcement of such statutes had a long way to go.) 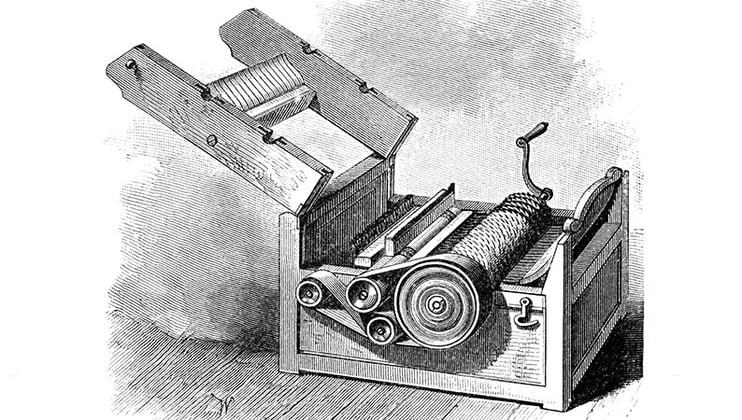 Eli Whitney patented the cotton gin, a mechanical device that removes the seeds from cotton, on March 14, 1794, and was assigned patent number 72X. Apparently, Whitney's first design was flawed and later improved by his sponsor, Mrs. Greene, but Whitney never acknowledged this publicly. (Source: Wikipedia / History).

The last epochal event in the history of socks came in the 1930s — a decade marked by the debut of Scotch tape and FM radio, among other things — with the invention of nylon. Wallace Carothers and his colleagues at Du Pont synthesized the material in 1935 after several years of work, and he patented it two years later. Nylon's relevance to socks comes from its usefulness when blended with cotton: Many modern socks are made of those materials.

Today, a simple Google search for "sock patents" brings up plenty of results: knitted socks with multiple layers, unique methods of sock toe construction, waterproof socks and so on. Even the seemingly smallest attributes of these items involve ingenuity that inventors are entitled to benefit from. No matter what inventions you wish to patent, and wherever you are in the world, Dennemeyer's experts can help you secure your IP rights.