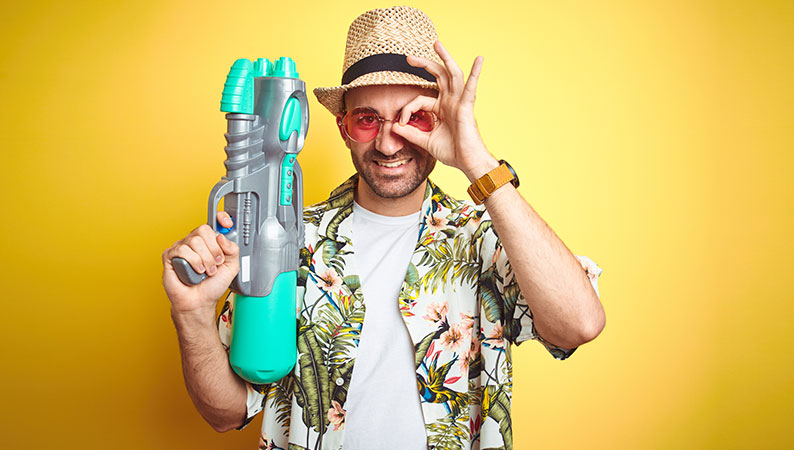 Summer is the best time of the year! That is if you do not mind the ridiculously hot temperatures and  the looming threat of skin problems. Otherwise, it is the best time of year. Would it be quite so good, though, without the many inventions that make summer fun, well, fun? Let us review.

Safety glass, penicillin … these accidental inventions have saved lives and changed the world in fundamental ways. So has the Super Soaker. Okay, maybe the Super Soaker has not saved anyone's life. Still, it has undoubtedly rescued many a teenager from the horrible fate of a dull summer afternoon, while consigning many an older sibling to a surprise drenching. Like safety glass and penicillin, the Super Soaker came to be totally by accident.

Lonnie Johnson, the inventor of the Super Soaker, is not just someone who stumbled upon a world-changing creation. He is a bonafide inventor, holding patents for film lithium batteries, heat pumps, electrochemical conversion systems and more. Lonnie Johnson also invented the technology used in CDs and DVDs, so his contributions to world technology go way behind an excellent squirt gun. Do you have an idea worth patenting?

The Super Soaker was invented while Johnson was working on something unrelated — an improved heat pump that had nothing to do with bored teenagers or summer activities. While he was tinkering, the prototype sprang a leak and shot water across the room. Johnson realized that kids on a hot summer day would probably appreciate a device that could shoot water across a room. However, he did not consider whether their parents would also enjoy such a device. Anyway, that is how the Super Soaker was born. Johnson's invention was launched in 1990, and by 1992, it was the world's top-selling toy, joining the world's other iconic summer innovations in the hot weather hall of inventing fame.

Who does not have wonderful summer memories of water fun and debilitating back injuries thanks to that summer staple of everyone's childhood: The Slip 'N Slide? This brilliant yet simple idea was the brainchild of Robert Carrier, who filed the original patent in May of 1961. Carrier called his invention "a portable aquatic play device for body planing," which fortunately was later renamed "the Slip 'N Slide." Imagine having to ask your parents to dig out the portable aquatic play device for body planing every June 1.

Robert Carrier hoped his invention would replace body planing in mud, which evidently was or maybe even still is a thing because body planing in mud is "dangerous" and "messy." This is cool in theory, but in practice, the Slip 'N Slide turned out to be unsafe, too. In fact, in 1993, it was recalled because teens and adults could potentially suffer permanent spinal cord injuries while using the device. Nevertheless, the Slip 'N Slide remains one of the most iconic fun inventions for summer. 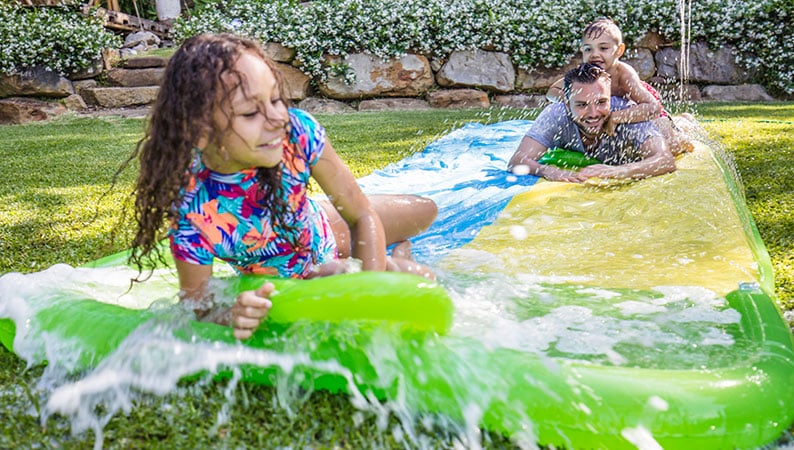 Although consumers were cautioned that only children should use the slides, today's Slip 'N Slides are fancier than ever, with extra-wide lanes and sprinklers lining the edges.

Like the Slip 'N Slide, this device is delightfully simple and has the advantage of never having been associated with quadriplegia. It is also cheap — visit any Dollar Store in the late spring to early fall, and you will find dozens of colorful foam pool noodles for a buck apiece, and it is all thanks to Steve Hartman, who used to play with "backer rods" in the pool as a kid. Everyone knows what a backer rod is, of course, but in case you do not, it is a long piece of foam used to seal joints in building materials. Just imagine a pool noodle.

Hartman's family was in the backer rod business, and the kids naturally figured out that they would make great water toys. At one point, Hartman made a bunch of colorful ones and tried to sell them at the local pool shop, but the owners were not interested. Hartman struck out so many times that he never tried to patent his pool noodle idea because he did not think it would be worth the time and effort. How did the pool noodle finally catch on? A company bought a few and gave them a cheap price tag, which made people a lot more willing to try them.

Hartman's firm still sells pool noodles, but because they were never patented, he figures he is only got about 50 percent of the market. That is 50 percent of maybe 12 to 16 million pool noodles a year at $1 a noodle, so, do the math and file your patent. 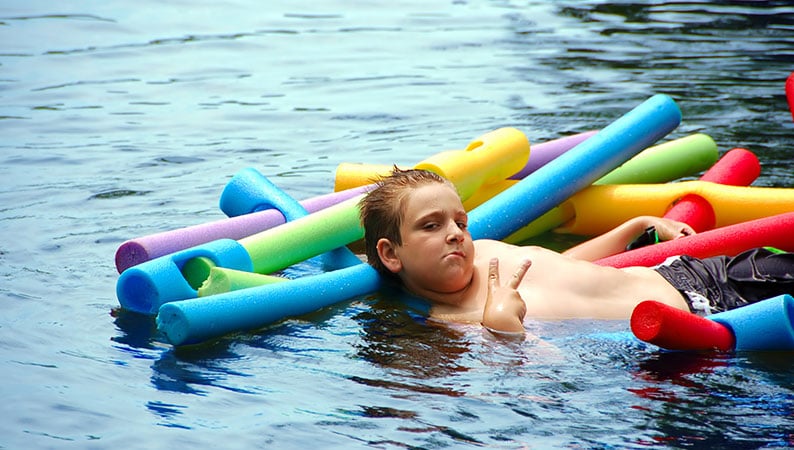 There are two men credited with the invention of the pool noodle: Canadian Steve Hartman, the CEO and president of Industrial Thermal Polymers, and fellow countryman Richard Koster, who created the Water Woggle.

For anyone who grew up during the 70s and beyond, those sticks of frozen, sugary, rainbow deliciousness are a summertime must. For modern parents, they are also those stupid sticky plastic tubes that end up everywhere. Apart from being one of summertime's largest litter problems, Otter Pops or variations Pop-Ice and Fla-Vor-Ice are both nutritionally vacant and still hugely popular, more than half a century after Jel Sert popularized them.

The earliest incarnation of the freezer pop dates back to the 1950s. Jel Sert did not invent the idea; they just bought the company that did — in 1963 they acquired "Pop-Ice," and by 1969 the rebranded "Fla-Vor-Ice" was wildly popular among children and probably also their parents. However, it is doubtful adults ever ate them while not hiding behind trees or in pump houses.

Today there are tons of knock-off versions of the original Pop-Ice , including a 100% juice organic no-sugar-added version, because let us take all the fun out of summer. Freezer pops have not only inspired generations of unbridled sugar rushes but other inventions, too, such as an "insulated sheath for freezer bar treats," which claims to have solved the problem of kids dropping their freezer pops. That is fine, but let us also have an inventor come up with a good sheath or one that flies to the garbage can all by itself because that is a problem in need of a solution.

Join the discussion
Filed in
Related articles
Patent und Lederhose - How can the Bavarian Government support SMEs best in IP?
January 8, 2019
Case study: Infringement potential analysis in a complex industry
February 4, 2021
Everyday IP: The history and evolution of books
March 12, 2021
Everyday IP: When were cars invented?
May 21, 2021
Making the most of your patent drawings
July 7, 2021
Get the updates in your inbox: Subscribe now!