Louis Who - a global perspective on counterfeiting and infringement 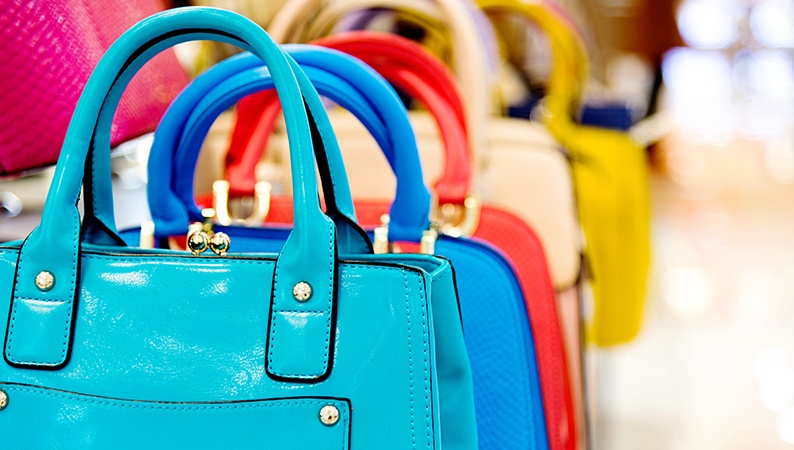 What is the difference between trademark-infringing and counterfeit goods? Most clients perceive counterfeit goods as being simply "fake" because they look identical to an established product but, from a legal perspective, things are not that simple. Let us explore different views on this matter from around the world.

Across our global offices, a question that we often receive from IP counsel is whether or not goods merely “infringe an IP right” or if they qualify in addition as “counterfeit goods”. To the ordinary consumer, counterfeit goods are simply perceived to be “fake” goods because they look similar or identical to an established branded product but are not the genuine products of the brand owner. From a legal perspective, however, the issue is not always clear.

In some jurisdictions there is no distinction between “infringing goods” and “counterfeit goods”, while other jurisdictions have specific legal distinctions. Therefore, as the title of this article suggests, a hypothetical “fake” handbag called Louis Who, which is made in China, may qualify as “infringing goods” in one jurisdiction and “counterfeit goods” in another, or often in both categories as the latter category has a narrower definition.

Global and multi-jurisdictional IP issues such as the one highlighted by our hypothetical Louis Who handbag would normally require in-house IP counsel to consult several different IP firms in different regions. Dennemeyer, however, with offices on all relevant continents and wide-reaching networks can efficiently handle multi-jurisdictional branding issues as a single group. Let us explore together the status of our Louis Who handbag from the perspective of our different offices.

In Europe, Olivier Lombardo advises that there is no classification on an EU level that distinguishes infringing goods from counterfeit goods. All infringing goods have the same illegal status. The EU IP rights enforcement directive sets minimum requirements applicable to each single member state to take border measures concerning goods that infringe trademarks, enforcement laws and procedures. Even though the position looks very simple at first sight, the definitions in the national laws of each EU member state may slightly differ and the support of a local expert is essential.

Lombardo and his team are able to advise on the best strategies in the Benelux countries, while Roland Weede, Malte Köllner and their teams cover Germany from both Munich and Frankfurt. In the meantime, Frédéric Blanc, an industry expert in counterfeit goods, covers France from Paris, a city with high stakes in combating fakes as it is the fashion capital of the world.

Turning to other EU countries such as Croatia, Tomislav Hadzija from Dennemeyer’s Zagreb office advises that, due to an increase in counterfeit goods from Turkey and through the Balkans, Croatia has recently increased its customs protection. The Croatian laws are consistent with the EU directive and there is no further distinction between infringing and counterfeit goods.

In some EU countries like Poland, however, Monika Stępień and Joanna Kowalewska advise from our Warsaw office that, under Polish national law, there is an additional narrower definition of “counterfeit trademarks” which covers illegally used trademarks which are identical or cannot be distinguished from a registered trademark.

In other EU countries, our question is more difficult to answer, in part due to different terminology. In Romania, for example, Raluca Judele advises that while the Romanian law does not distinguish between infringing and counterfeit goods per se, the literal translation of the Romanian law refers to “counterfeiting” while “infringement” could be associated with the criminal offence defined by the Romanian law to include the counterfeiting of a trademark and placing into circulation of products bearing a mark identical or similar to a registered trademark for identical goods or services. 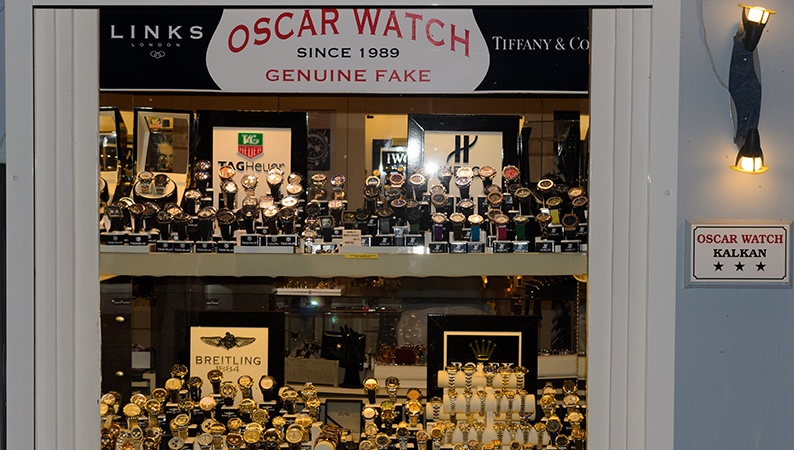 In Europe, all infringing goods have the same illegal status. However, the definitions in the national laws of each member State may slightly differ and the support of a local expert is essential.

In the US, Victoria Friedman and Roxana Sullivan from our Chicago office explain that counterfeiting in the US means to make a copy, usually with the intention to defraud. Counterfeiting is the making of fraudulent copies of something valuable, whereas trademarks are infringed, not by exact marks, but by marks that are likely to confuse. US Code §2320 prohibits and criminalises intentionally dealing in goods to which a counterfeit mark has been applied.

Monetary damages and injunctive relief are available for infringement of trademarks, but no criminal charges can be brought under the federal trademark law. As noted above, actions for criminal counterfeiting are provided for by a separate criminal statute.

In Russia, according to Valentin Ivanov of our Moscow office, between 30 and 50% of goods in the market are estimated to be counterfeit. There are specific definitions for counterfeit goods, in some cases specific to the applicable industry. Generally, article 1515 of the Russian Civil Code (Part IV) “Liability for illegal use of a trademark” defines “counterfeit goods” as “goods, labels, and packaging of goods on which a trademark or a confusingly similar designation is used illegally”.

Specific to the medicines industry, article 4 of the Russian Federal Law No. 61-FZ, relating to the circulation of medicines, defines a “falsified medicine” as a medicine supplied with false information about the composition or manufacturer of the medicine, while bad quality medicine is also regarded as “counterfeit”, being non-complaint with the requirements of the pharmacopoeia monograph or the normative documentation pertaining to the medicine.

A similar definition of “falsified” goods is provided by the Russian Federal Law No. 29-FZ, relating to the quality and safety of food products, which specifically defines when foodstuffs would be regarded as “counterfeit”.

Close to 50% of the Russian market is dominated by counterfeit goods - a staggering percent, however volatile the legal environment is. Luckily, there are two laws which protect the right owner giving the right to demand the removing from civil circulation and the destroying of counterfeit goods, at the expense of the infringer.

In Brazil, Claudio Szabas of our Rio de Janeiro office advises that, in a similar way to the position in Europe, all infringing goods have the same illegal status. The law refers to a “product” that is branded with an illicitly reproduced or imitated mark. As far as the criminal law is concerned, however, it is the reproduction of a registered mark without the authorisation of the registrant, or its imitation, that constitutes a crime.

Geordie Oldfield confirms that Australian IP legislation includes criminal offences which enable law enforcement agencies such as state and federal police to take action against counterfeiting and counterfeit goods. Offences include falsely applying a registered trademark, and selling, possessing, distributing or importing goods knowing that the trademark has been falsely applied.

In South Africa, the office in Johannesburg advises that there is specific legislation that makes provision for both civil and criminal proceedings to be instituted against dealers in counterfeit goods. The definition of counterfeit goods is narrower than the requirements for trademark infringement in a sense that, in addition to infringing an IP right, “counterfeit goods” have a narrower scope and must be “colourable imitations” of the genuine goods.

In other words, to the consumer the actual counterfeit product must look like a counterfeit. For a more technical explanation, Christophe van Zyl or Robyn Merry can provide more information and advice.

For the South African consumers, an actual counterfeit product must look like a counterfeit before it can be treated as one. In other words, "counterfeit goods" must be "colorable imitations" of the genuine products.

In the Gulf States, Dubai and North Africa, there are additional challenges. Jan Wrede explains that national laws and practices are widely divergent. While generally both fakes (lookalikes) and confusingly similar brands may be seized, the first and foremost prerequisite to act is a registered trademark. Also, customs interception is available only in some MENA jurisdictions (ie, not in all seven Emirates), such as Dubai , Morocco, or Qatar, but not, for example, in Oman or Yemen.

Another question arises about parallel imports: although most countries follow the international exhaustion doctrine, in the UAE an exclusive distributor may still act against other unauthorised importers of genuine goods. Lawmakers are reacting to this and other commercial challenges at a fast pace these days so clients should be prepared for enhanced possibilities to act soon.

Is the above confusing for brand owners? Yes, but Dennemeyer is not just a firm with global perspective—we also have focused and dedicated branding teams who can guide our clients in a coordinated manner through any problem, including a “fake” handbag called Louis Who that is shipped across the globe.

Read more about our Anti-Counterfeiting service and let us know how we can help you make the most out of your Intellectual Property.

Join the discussion
Filed in
Related articles
Anti-Counterfeiting in the United Arab Emirates
March 26, 2019
Licensing out technologies from an SME’s perspective
July 2, 2019
Counterfeiting: An alarming trend that requires a strong response
September 25, 2019
Be vigilant and diligent in protecting your brand from counterfeiters
October 30, 2020
Case study: Infringement potential analysis in a complex industry
February 4, 2021
Get the updates in your inbox: Subscribe now!