How to protect your Intellectual Property rights in Pakistan 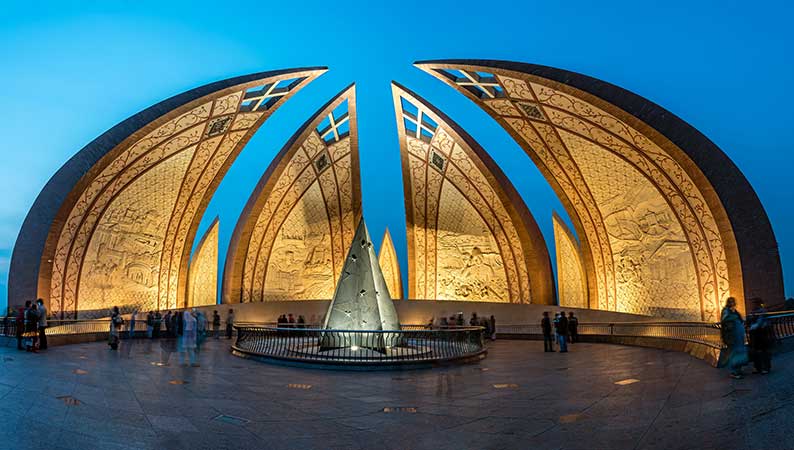 With the gargantuan China Pakistan Economic Corridor (CPEC) initiative, Pakistan is going to become an important trade hub between China, Central Asia and Europe. The One Belt / One Road project, which started back in the year 2016, includes the largest deep-sea port in the region, rails, roads and airports.

Due to its strategic location bordering China, India and Afghanistan, Pakistan has a unique commercial position altogether, so that a high volume of trade in goods, both internationally and locally, is expected to be in transit. Where there is much light, there is also much shadow, and numerous chances for counterfeit goods to travel down the road on their way to the international markets. The government of Pakistan is keeping an eye on this phenomenon by providing several platforms to IP owners aimed at protecting their IPRs.

To prevent counterfeit goods from entering the local and international markets, brand owners may enforce their rights through the Pakistan customs by filing a written complaint with proof of their IP registrations. Right holders have the option to record their trademarks and copyrights (provided they are registered with the Pakistani PTO) with the customs so that the customs officials will watch the IPRs throughout Pakistan.

Following market surveys for the detection of counterfeits, brand owners may file criminal complaints through the local police, or The Federal Investigation Agency (FIA).

Action will be taken by a written complaint filed with a proof of ownership of the IPRs. The offense is persecuted under the Copyright Ordinance 1962 (amended in 2000), the Trademark Ordinance 2001 and the Penal Laws of Pakistan.

Investigations, anti-counterfeit raids, destruction of fakes and the arrest of the infringer. The case will be transferred to the Criminal Court for further trial under the Criminal Procedure Code of Pakistan.

After the formation of the Intellectual Property Tribunal in Pakistan under the IPO Act 2012, brand owners may seek a remedy by filing a lawsuit (civil suit) against the infringer before the IP Tribunal under the Trademark Ordinance 2001 of Pakistan.

With due proof of ownership and / or use of the trademark in Pakistan, the Tribunal may issue a restraining order / temporary injunction against the defendant(s) not to use the trademark henceforth, and issue notice IPs to further appear before the Tribunal for the main trial.

After the conclusion of the evidence, the Tribunal may pass judgment with a permanent injunction, award damages (if claimed by the plaintiff) or any other relief it may deem fit.

From a practitioner’s point of view, we very much welcome the establishment of a specialized IP Tribunal, which presents numerous advantages:

The Pakistani government has already taken many initiatives to protect IPRs and has fortified this aim with various effective ways of contending the counterfeiting of trademarks. Counterfeit items can be prevented from entering the local and international markets from Pakistan especially through the customs authorities or the local law enforcement agencies.

It is recommended that right owners and their IP lawyers or agents work together with the Pakistani authorities to develop a strategy for efficiently utilizing the available means since each case will present its peculiarities.

Dennemeyer & Associates is available to provide further advice and assistance in Pakistan and, through a network of highly experienced patent and trademark professionals, in the six Gulf and other MENA states.

Join the discussion
Filed in
Related articles
Artificial intelligence: is it changing patent prosecution?
May 21, 2019
Modern methods for improving conventional prior-art searches
July 14, 2020
Taking the fast lane - New PPH program between Japan and France
December 22, 2020
Case study: Infringement potential analysis in a complex industry
February 4, 2021
Making the most of your patent drawings
July 7, 2021
Get the updates in your inbox: Subscribe now!