Improving patent procedures globally: how the European patent system could break the deadlock? 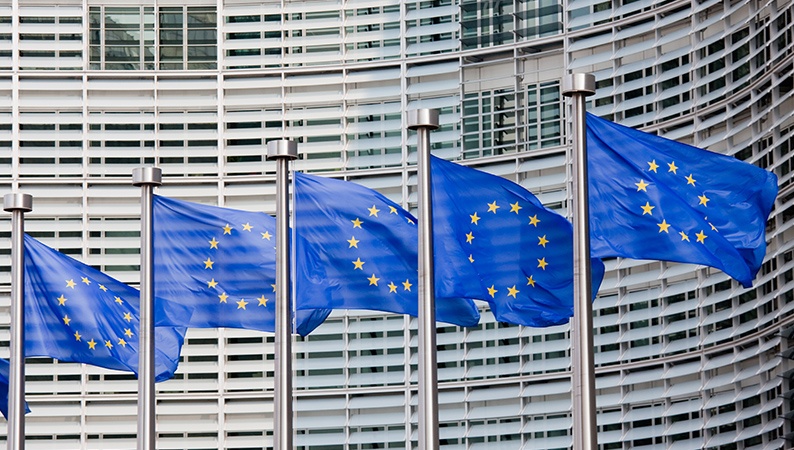 The system for validating patents can be used by European applicants to streamline filing processes globally and generate efficiency gains in other areas, as Martin Chatel of Dennemeyer & Associates reports.

On March 1, 2018, the validation agreement between the European Patent Office (EPO) and Cambodia will enter into force. From then on, any European patent application filed on or after that date will be eligible to designate the country for the purpose of validating the European patent, if granted. This comes a few years after Cambodia granted the first patent (2015)—as a result of an enhanced cooperation with Singapore’s Intellectual Property Office (IPOS)—and joined the Patent Cooperation Treaty (PCT, effective since December 8, 2016). The validation agreement will not apply to pharmaceutical products, as Cambodia currently applies the World Trade Organization’s waiver until 2033.

To date, validation agreements entered into force in Morocco (01.03.2015), Moldova (01.11.2015) and Tunisia (01.12.2017). Negotiations are ongoing with Angola, Brunei Darussalam, Georgia, Laos, and the African Organisation for Intellectual Property (OAPI). The below analysis provides a quick snapshot of how the validation system can be used by European patent applicants—complementarily to other existing harmonization and work-sharing mechanisms such as the Global Dossier and Patent Prosecution Highway (view detailed white paper here) as a way to streamline filing processes globally and generate efficiency gains in terms of predictability, time and procedural costs.

A fast-track extension of territorial scope and legal effects

One major challenge in global patenting is to overcome administrative impediments and redundancy that arise at the filing stage of patent applications and throughout the prosecution. Filing and prosecution costs—mainly resulting from translations, authentication of documents (eg, legalization and notarization) and hourly rates of patent attorneys—tend to be prohibitive. Many industries remain under constant pressure to obtain the broadest scope of patent protection and build the strongest portfolio in a timely manner and at the lowest costs.

Patent offices continue to be seen—rightly or wrongly—as being either too slow or not well suited to certain industrial sectors subject to short innovation cycles. Examiners have to cope with the emergence of multidisciplinary and potentially disruptive technologies. Despite ongoing attempts to improve the global patent system, much remains to be done in order to meet repeated expectations in terms of predictability, cost-effectiveness and timeliness. Validation agreements may be a remedy.

The validation system follows up on the extension system that was developed in the 1990s and 2000s, primarily with Balkan countries (1993 to 2009). Many practitioners consider it as somewhat unique, but not surprising. Indeed, the EPO itself exists as a result of the political determination of 40 patent offices to establish a centralized granting system offering cost-effective protection based on common standards. If not yet disruptive in the global patent harmonization area, the validation system may still contribute to accelerate procedural harmonization. Back in 2000, the Patent Law Treaty (PLT) harmonized basic formal requirements (eg, filing date, representation, change in ownership, reinstatement of rights), without establishing a uniform procedure.

The validation agreements go one step ahead of the PCT system, which centralizes and simplifies the filing process and preliminary examination at international level. The final decision on whether an invention is patentable remains under the responsibility of national offices. While the validation system provides a centralized grant procedure, the search and examination tasks are performed by the EPO. This gives rise to the following misconceptions: first, that national offices would give up their competences and sovereignty. On the contrary, all the necessary legal provisions are contained in the national legislation and are based on model provisions tailored from the European Patent Convention (EPC) and inserted in the national law.

The second misconception is that as innovation is driven by the most developed countries, the validation system would be meant to serve foreign interests at the expense of local industries. On the contrary, the strict examination performed by the EPO reduces the number of national patents in comparison to examination systems that de facto operate on the basis of registration, thereby contributing to the protection also of the national economic actors. Further, the EPC does not apply.

Only the national laws of each partner office constitute the legal basis. The legal effect of any validated European patent is that of a national patent. Consequently, patent offices remain competent for registering legal changes of the granted patents on the national register and collecting renewal fees.

The validation system creates new incentives to patent applicants seeking protection outside Europe. The centralized filing and grant procedures offer the possibility to reduce cumulative fees. However, the national and European filing routes coexist and are not necessarily mutually exclusive.

A validation state can be designated at the applicant’s discretion, in the context of a European patent application filed under the Paris Convention or the regional phase entry of a PCT application at 31 months from the priority date—provided a priority application has been claimed (Euro-PCT). A validation state can be designated for any application filed on or after the date of entry into force of the corresponding agreement. The request must be confirmed by the payment of a different validation fee for each state (€180 to €240). The payment term and surcharge are aligned with the due date for paying examination and designation fees. From a filing strategy standpoint, the validation system may be helpful in particular in the context of PCT applications selecting the EPO as an International Search Authority (ISA, under Chapter 1) and an International Preliminary Examination Authority (IPEA, under Chapter 2).

The centralized international system already enables applicants to reduce fees (no fee for supplementary European search is incurred when the international search report [ISR] has been drawn up by the EPO; 75% of reduction of the EP examination fee when the EPO has drafted the international examination report in Chapter 2) and gain time, as it may take up to 18 months before reaching the deadlines to enter the national or regional phases. Applicants entering the regional phase with the EPO (Euro-PCT) may also extend the filing deadline by one extra month and better plan their budgets, as some of the validation countries and potential newcomers do apply the 30-month time limit. In addition to that, the decision to confirm protection in a state may also be deferred until the grant of the European patent under the condition that the validation fee has been paid in due time.

The validation system also allows the applicants to delay the costs of the decision by confirming the protection or not in the validation states. The applicant has much more time to evaluate the market or the technical obsolescence of the invention and therefore whether it still makes sense, some years later, to confirm after grant the validation in these countries. If timeliness is paramount, applicants may alternatively accelerate the grant process by waiving rights to certain communications from the EPO:

* Right to be asked for further processing. Waiver applies where EPO did not act as ISA

** Right to be asked to amend the claims. Mandatory reply to negative ISR/IPER/SISR

The foregoing suggests a possible new direction in global patent practices and procedures. As Ludivine Coulon, patent attorney at Calysta NV, puts it: “This would be the system that at the end will be in the best interest of patent applicants, allowing IP Firms and patent attorneys to concentrate on the provision of substantive advice and reduce the burden of unbalanced administrative costs”.

For a detailed analysis on the subject, download the white paper below.

This article was first published on the WIPR website on February 22, 2018.

Join the discussion
Filed in
Related articles
Understanding the Brazilian green patent fast-track
July 30, 2019
Your ultimate guide on how to manage the high costs of obtaining patents
December 4, 2019
Patent trolls: not all bad comes to harm
December 20, 2019
Mastering the patent application process
March 10, 2020
How AI tools will change patent practice
June 9, 2020
Get the updates in your inbox: Subscribe now!