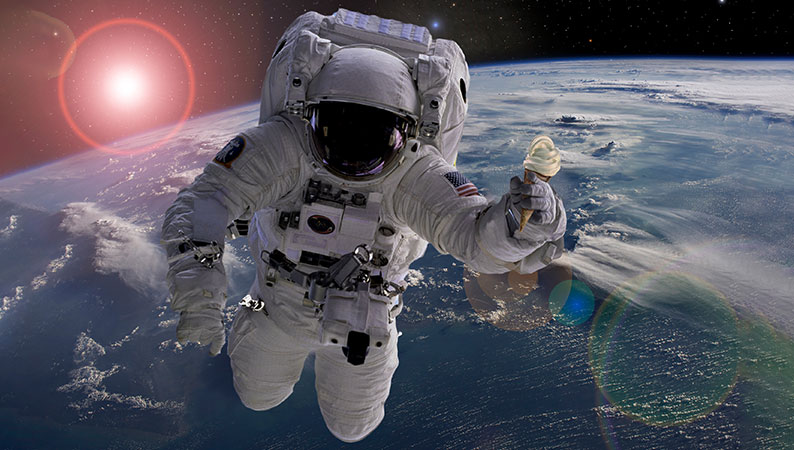 Some of the world's greatest innovations have happened at NASA, which is unsurprising when you consider that the agency's basic purpose is coming up with solutions to problems that do not exist on planet Earth. NASA created the first human-made object to leave the solar system, the first successful Mars probe and that first all-important slice of freeze-dried ice cream. (Actually, that last one is the only sort of true — Whirlpool Corporation developed freeze-dried ice cream for NASA, but the stuff was probably never eaten in space. Also, no one likes it.)

The most historically important thing that NASA ever did was when it put human beings on the moon. This year marks the 50th anniversary of that groundbreaking Apollo mission, and to celebrate, we are taking a look at some of the patents and inventions that NASA has developed over the years, many of which have become everyday household items.

If you are like a million years old, you can remember the Atari video game system. It was an innocent time when a handful of pixels shaped vaguely like alien creatures was enough to keep you entertained and out of your parents' hair for hours and hours. The Atari VCS (Video Computer System) came bundled with two joysticks, which had buttons that you could use to move your alien-fighting gun around the screen while simultaneously panicking as the aliens kept getting closer and faster. Good times.

Shockingly, the joystick was not invented by Atari nor by NASA - the first patent for a joystick-like apparatus was filed in 1923 (U.S. Patent no. 1,597,416). Still, it was NASA that made the joystick a thing when it designed the space exploration vehicle. Because the rover had to be driven around by gentlemen in bulky spacesuits, the agency needed a steering mechanism that could be easily manipulated with one gloved hand. The joystick was a natural choice both for the history-making lunar lander and for millions of kids fighting pixelated aliens. Fun fact: In 2014 the joystick from the fourth lunar landing module sold at auction for $610,063. 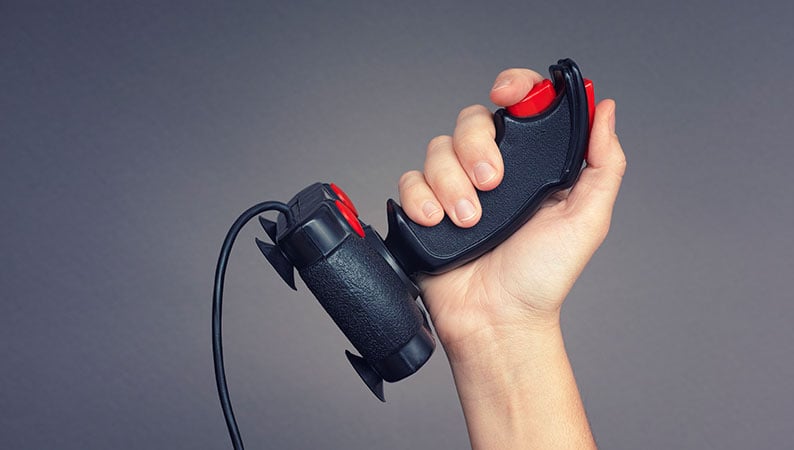 The first patent for a joystick-like apparatus was filed in 1923 (U.S. Patent no. 1,597,416), but it was NASA that made the joystick a thing when it designed the space exploration vehicle.

Would you believe that the Dustbuster technology was invented for astronauts? No, astronauts did not go around vacuuming up moon dust-like Oreo cookie crumbs, though that would frankly have been awesome. The technology that led to the invention of the Dustbuster was first used for cordless power tools, which needed to function safely and effectively in space because nothing is quite as embarrassing as being a super-cool astronaut who finds himself in zero gravity tangled up in a power cord.

NASA gave the design task to Black and Decker, which created a drill astronauts could use to collect core samples from the surface of the moon. It did not take long for Black and Decker to develop commercial applications for the technology, including a cordless multi-tool (which did not take off) and the handheld "Spot-Vac." The Spot-Vac proved popular with housewives, who kept stealing them from their husbands' workshops for use around the home. Black and Decker finally hit on the magic formula when they patented the Dustbuster's charging base (U.S. patent no. 4,225,814), which helped get around the problem where consumers always forgot to recharge their hand vacuums. The end product: A handy little always-charged cordless vacuum that would not strangle consumers in zero gravity.

They look like something a Martian might wear in a B movie from the 1950s, but that is not why they are called "space blankets." NASA first developed the material that is used to make today's space blankets in 1964 for use in Apollo-era spacesuits. It is essentially a thin sheet of aluminum-coated plastic called "metalized polyethylene terephthalate," which is remarkably lightweight and surprisingly effective at controlling temperature.

National Metalizing, the company that provided NASA with its space blanket material, eventually succumbed to the pressures of mergers and acquisitions and shut down. Fortunately, there were a few other companies that saw the commercial value of the shiny heat-resistant stuff and developed it for use as an insulator for human beings. Today, space blankets (sometimes also called "emergency blankets") are standard-issue in first-aid kits, in backpacks and on the shoulders of marathoners. 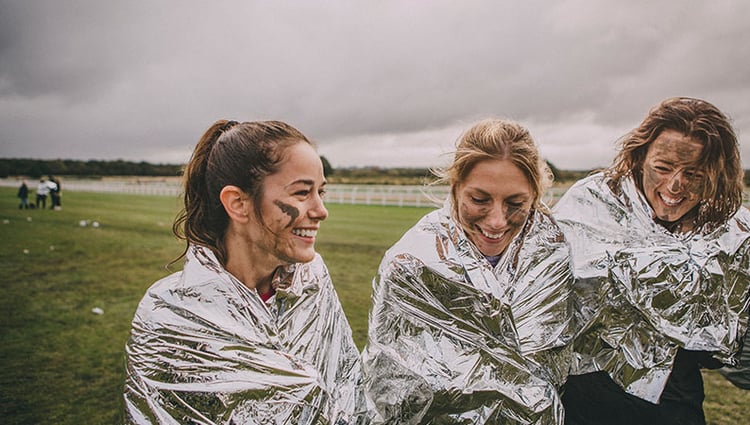 Next time you go hiking, be sure to pack a space blanket, too. The shiny aluminum-based sheet, sometimes referred to as an emergency blanket, Mylar, thermal, or weather blanket, is yet another NASA spinoff invented in 1964 by Marshall Space Flight Center for the US space program.

Freeze-drying was not a new idea when NASA adopted it; in fact, it had already been around for at least 400 years. Freeze-drying was first discovered by the Incas, who noticed that food stored at high altitudes would freeze and then dehydrate over time. The process was refined during World War II when it was used to preserve blood products and medicine, but it was NASA that turned the process into an art form.

By the time NASA was ready to send astronauts to the moon, it had finally come to terms with the fact that it is not very nice to make national heroes squeeze all of their meals out of tubes. So they devoted a considerable amount of money to space food research and hit on the Inca-like process of freezing foods, then extracting the moisture and sealing the final product in air and moisture-tight containers for semi-permanent storage. As a bonus, every kid in America wanted to eat like an astronaut, so the process was a natural for commercialization. The first company to sell freeze-dried space food was Action Snacks, which today still sells several millions of dollars worth of freeze-dried astronaut food every year.

By the way, NASA has a searchable patent database full of thousands of expired patents that are now in the public domain. Anyone with a good idea (and some money) can adapt and commercialize technologies like "dusty plasma thrusters" and "superstrength aerogel," provided they can figure out what those things are. The Dennemeyer Group is here to help you on diverse IP matters, ranging from patents and trademarks to risk evaluation, global portfolio management and monetization strategies.

Join the discussion
Filed in
Related articles
Supplementary Protection Certificates - Article 3(a) and the invention
October 24, 2019
Can artificial intelligence systems patent their inventions?
November 22, 2019
The craziest Christmas patents you didn't know existed
December 23, 2019
Greatest inventions to watch for in 2020
February 6, 2020
Fun summer inventions and patents
June 19, 2020
Get the updates in your inbox: Subscribe now!