Trolls spread over Europe – take them out! 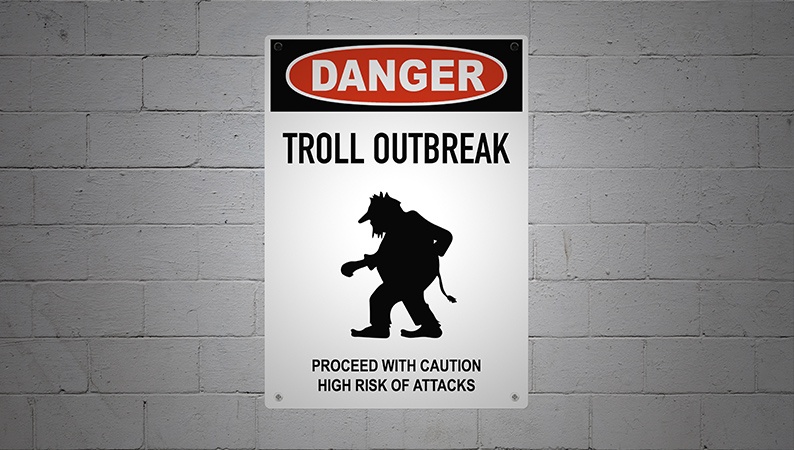 According to a recent study, the number of patent litigation cases in Europe initiated by so called non practicing entities (NPEs) has significantly risen over the past years.

The study “NPE Litigation in the European Union: Facts and Figures” (by Darts-IP) outlines that the average annual growth rate of actions related to NPEs between 2007 and 2017 was as high as 19%. More specifically, the number of Patent Litigation cases brought by NPEs, sometimes in a friendlier way referred to as patent assertion entities, and sometimes in a less friendly way referred to as “trolls”, was 56 back in the year 2007 and reached 173 in the year 2017.

Furthermore, according to the study, patents being asserted or owned by NPEs in Europe are more often successfully invalidated than those patents being asserted or owned by non NPEs. The study also shows that Germany is oftentimes the battleground for such litigation. Here, a defendant in a patent infringement case cannot bring a counterclaim for invalidity but has to attack the validity of the asserted patent in a different forum. This usually means either starting an opposition procedure, most often before the European Patent Office, or filing a nullity action with the German Federal Patent Court. In the latter case, the infringement case will usually have already been decided on – and the decision potentially been enforced – before the validity case is ruled on.

A better approach to invalidating a questionable patent is, therefore, an opposition. In 2016, the European Patent Office launched a streamlined opposition procedure aiming to cut the overall duration of straightforward opposition cases to just 15 months. Dennemeyer & Associates has recently developed a new opposition service which shall help the EPO to comply with the targeted time frame and shall enhance the opponent’s chances to win the opposition case. This service, using the analogy of baseball, is called “triple play”.

With this approach, weaker EP patents especially can be better tackled and ultimately invalidated. So this is seen as an improved chance to take a troll out of the game.

Read more about our Patent Opposition service and let us know how we can help you make the most out of your Intellectual Property.

Join the discussion
Filed in
Related articles
NASA inventions: One small step for man, one giant leap for freeze-dried ice cream
November 15, 2019
Four major factors at play in the Google-Oracle IP rights dispute
March 4, 2020
Top 9 reasons to use Dennemeyer Octimine
April 30, 2020
Case study: Infringement potential analysis in a complex industry
February 4, 2021
Making the most of your patent drawings
July 7, 2021
Get the updates in your inbox: Subscribe now!