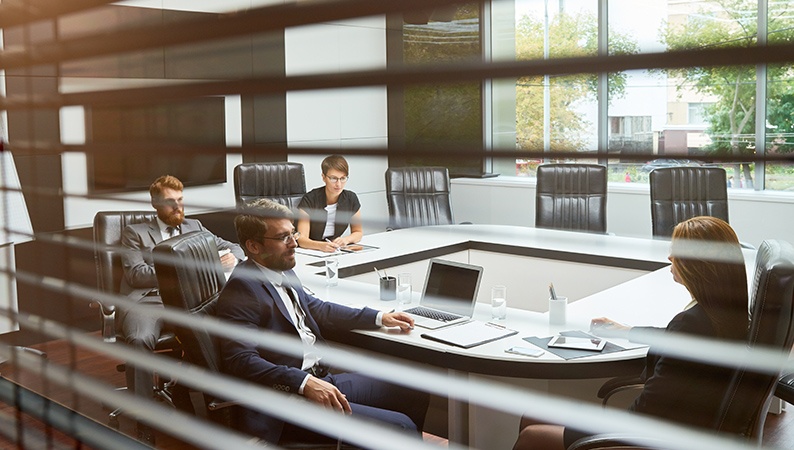 Nomen est omen: living up to their name, trade secrets have long played a somewhat shadowy existence if compared to their counter fellows in Intellectual Property, especially the mighty patents. Nevertheless, the evident commercial advantages of keeping certain business methods undisclosed warrants a closer look at the current state of the art.

The reality of today’s trade secrets - generally understood as “commercially valuable and not publicly available information with limited access"-  is mainly shaped by the advent of the "Fourth Industrial Revolution" which has led to the digitization of entire social and economic environments and the creation of new technologies. On the other side of the coin, this achievement has also been shown capable of distorting digital information quite easily, be it by means of theft, unauthorized copying, economic espionage or violation of confidentiality obligations, not counting the fact that information today travels borderless at light speed and cannot entirely be controlled anymore (just think of big hacks like Ashley Madison or Home Depot and security leaks like Meltdown or Spectre).

Business information worth keeping a secret can virtually be found in every company. What differs is the way this is dealt with, both on a corporate and legal level. Certainly not all trade secrets are duly recognized and protected as essential corporate know-how. The damage caused by unprotected, lost or stolen trade secrets may thus significantly affect both the corporate, and on a larger scale, even the national economy. This nonchalant attitude of giving the defense of know-how secondary importance has long been shared by the lawgivers as well.

Trade secrets were often seen as a sub component of unfair competition rules or even labor law rather than as an IPR on its own. See the general rule incorporated in Art. 10-bis Paris Convention entitled “Unfair Competition,” originally added in the year 1900 and subsequently further revised, which is not specifically addressing trade secret protection. More recently, the TRIPS Agreement explicitly recognized the “protection of undisclosed information” (Art. 39, from 1994), while on EU-level know-how has been addressed by EC-Regulation 1999/2790 and EU-Directive 943/2016. The latter has to be transposed into national law by June 9, 2018.

The European Commission has stigmatized the costs associated with the disparity of norms as well as the urgency of promoting substantial and procedural convergence of national systems. In 2011, an EU-study on commercial confidentiality in the internal market highlighted the following results: out of a sample of 537 European based companies, comprising 323 SMEs and 214 multinationals, 75% respondents believed industrial secrecy is a strategically important asset for growth, competitiveness and commercial performance, while 39% were concerned about the consequences of the loss of such secrets and the falling of information subject to confidentiality, into the public domain. 56% feared a drop in sales, 44% increased costs for internal investigations, 35% higher costs for better protection, 34% increased transaction and negotiation expenses. Not to mention that the breach of a secret may damage the reputation, image and competitive advantage of the company concerned for a long time. 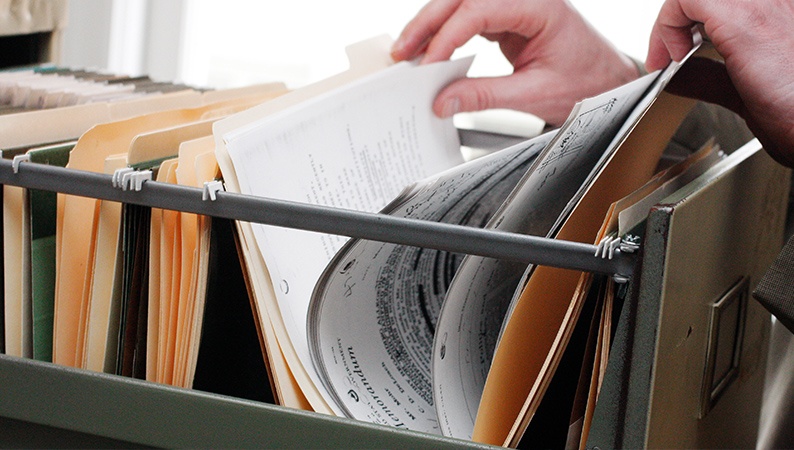 Every company has information worth keeping a secret but not all that information is treated equally, both on a corporate and legal level.

National laws still show, quite understandably, many different solutions. However, as can be observed in many fields of law, the way IPRs are protected are beginning to converge:

Prior to 1978, China did not regulate Intellectual Property at all, although they had joined the Paris Convention already in 1885. The first source of law pertaining to trade secrets can be found in the Unfair Competition Prevention Act (UCPA) of 1993. It contains provisions regarding commercial secrets, counterfeiting, corruption, deceptive advertising, defamation, donations, lotteries and undercover sales. Article 10 UCPA stipulates that market operators shall not violate trade secrets by means of one of the following practices:

Moreover, if a third party knew or should have known of acts in violation of this law, but nevertheless obtains, uses or discloses the commercial secrets of others, he shall be held liable for having violated a commercial secrecy as well.

The next significant act was the law against unfair competition, which is transposing Art. 39 TRIPS into national law, again placing trade secrecy within the framework of unfair competition. Very recently, i.e. in November 2017, China’s highest legislative body, the Standing Committee of NPC, passed a bill further amending this law, taking effect since January 1, 2018.

Another normative source can be found in the labor law. Art. 22 states that "contracts may provide for specific commercial secrecy clauses." Art. 102 states that "if a worker terminates a contract of employment in violation of the provisions of this law or has violated the business secrecy provisions of the employment contract, thereby causing an employer's risk of incurring economic loss, the worker in question is responsible for damages".

Another source is the law of contracts. According to Art. 43, "the commercial secrets of which the parties are aware at the time of concluding the contract shall not be disclosed or misused, irrespective of the fact that the contract is concluded or not. Where such secrets are disclosed or improperly used, and the other party has suffered economic loss as a result of such conduct, the author will be liable for damages." Art. 92 states that "after the termination of all contractual rights and obligations, the parties must observe the principles of honesty and loyalty and comply with the confidentiality requirements in accordance with fair commercial practices."

Indeed, in 1998, the Beijing Higher People's Court ruled that the unauthorized disclosure of economic information entrusted to a competitor for other purposes, not only constituted a breach of contract, but also an offense to the aforesaid legal principles of commercial loyalty, honesty and fairness. Finally, the criminal law of the People's Republic of China must be included, which again governs commercial secrets as worthy of protection.

In Germany, commercial secrecy has not received a specific discipline, so that the main legislative sources are the criminal code and the unfair competition act. It is again noteworthy that secrecy has been protected by one of the most effective legal means: criminal offense. Thus, anyone who, without authorization, discloses a commercial secret of another subject is punished with imprisonment up to 2 years or with a fine. 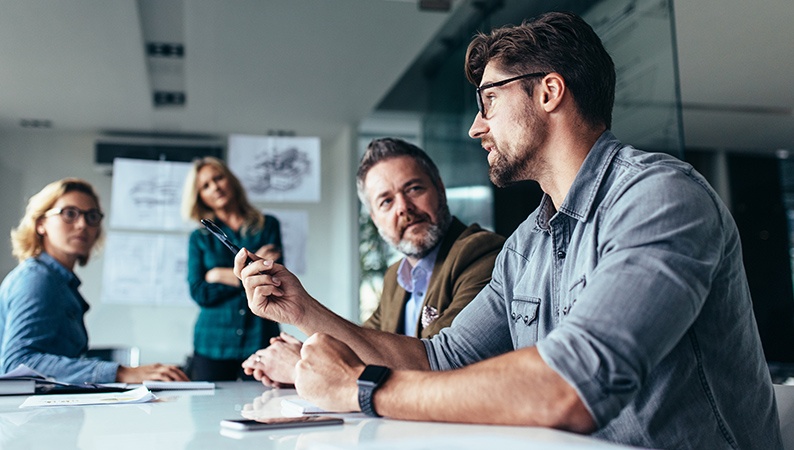 The good news is that trade secrets receive major attention nowadays not only from corporates but also from lawmakers and judges. However, the burden of proof is a high hurdle to success and the owner will often find himself in excessive difficulty to demonstrate all requirements of secrecy violation.

As regards the provisions in the field of unfair competition, until 1849 there was no legal regulation at all, and only in 1896 were the first drafts enacted. Now, any company employee who, without authorization, discloses a commercial or industrial secret which has been entrusted to him or to which he had access during the employment relationship in order to promote competition, personal gain, benefit to a third party, or intent to cause damages to the business owner, is punished with imprisonment not exceeding 3 years or with a fine. It is interesting to note that the sole attempt to subtract or breach commercial secrecy is already punishable.

In France, despite their early accession to the TRIPs Agreement, the anyhow necessary amendments to the Industrial Property Code did initially not include commercial secrecy. This was left to be regulated under the general unfair competition rules, although it was widely perceived as insufficient. Finally, a referral to commercial secrecy as already regulated in the Labor Code has been inserted into the Industrial Property Code, which provides for criminal penalties for employees who reveal or attempt to disclose a commercial secret. Also, the Civil Code establishes an obligation on the employee to discretion and confidentiality with regard to confidential information to which he has access.

In 1995, India became a member of the World Trade Organization, and owed to the fact that it was a developing country, a five year concession was granted to adapt its patent system to be in line with the TRIPS Agreement. However, the country was not adjusting its legislation within the mentioned time frame, and achieved that goal only in 2005, when full correspondence to the various TRIPS standards was finally reached.

As for commercial secrecy, it should be noted that there is no specific legislation in India that protects secrets as such, instead the country relies upon the common law system (which is still predominant in all fields of legislation). To protect the unlawful acquisition of trade secrets, “equity” is the principal remedy to which refer. The courts can act according to equity, which is that set of norms which are acted upon alternatively or in addition to the standard remedies as laid down in the common law system. When the judge decides according to equity, he has the power to issue those injunctions or decrees which fit best as measures aimed at ending both the harmful conduct and its effects. In addition to equity, there is the discipline of the contractual violation, which refers to the common law principles of breach of contract and breach of confidence. In order for these forms of protection to be invoked, however, it is necessary that:

In the United States, the Uniform Trade Secrets Act (UTSA) was issued in 1985 in order to unify the diverse state laws which hitherto had shown a quite different level of protection. However, it was not until 2013 when the UTSA was adopted by the majority of states (with the exception of Massachusetts, New York and Texas). Frequent was also the case of relying on the general principles of common law (breach of contract and breach of confidence). Criminal sanctions were introduced by the Economic Espionage Act of 1996. Finally, in 2016, the Defend Trade Secrets Act was introduced, which now presents new safeguards and allows US companies to enforce federal justice in the event of a breach of commercial secrecy. An immunity may be granted to whistleblowers who reveal a commercial secret but only for the purpose of denouncing a breach of the law. All in all, these provisions do not substantially differ from EU-Directive 943/2016 against the illicit acquisition, use and disclosure of commercial secrecy.

The good news is that trade secrets, protectable at just a tiny fraction of the costs and efforts needed for other IPRs, nowadays receive major attention not only from corporates but also from lawmakers and judges.

However, enforcing these successfully, while keeping the damages done to a limit, remains the real challenge. In fact, the burden of proof is a high hurdle to success and the owner will often find himself in excessive difficulty to demonstrate all requirements of secrecy violation. A thorough documentation of forms, contents and methods of the alleged secret is definitely a must. In other words, one should rather rely on his own precautionary means than wait for the next law or case law update to come to his aid.

The article was first published in the The Patent Lawyer Magazine,  issue May/June 2018.

Join the discussion
Filed in
Related articles
SPCs and new developments in the biotech sector
November 29, 2019
Patents that will help you haunt this Halloween!
October 31, 2019
Taking the fast lane - New PPH program between Japan and France
December 22, 2020
Case study: Infringement potential analysis in a complex industry
February 4, 2021
Making the most of your patent drawings
July 7, 2021
Get the updates in your inbox: Subscribe now!