Trademark everything: The not-so-secret world of celebrity IP 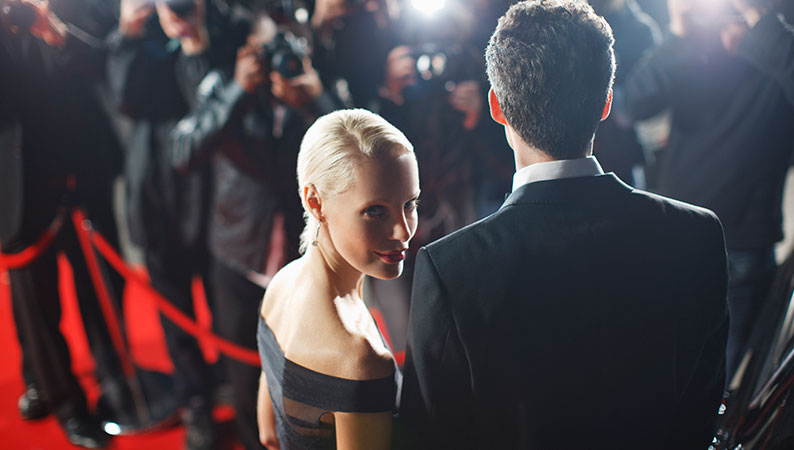 Celebrities know the power of branding and the benefits it brings, but they also tend to be a bit quirky. They trademark some weird stuff and have even stranger reasons for doing so. However, being a superstar does not necessarily get them past the trademark office, which ultimately has the last word on an application. With that in mind, let us have a look at some of the bizarre things that famous people have tried to and sometimes succeeded in trademarking.

Their kid (their kid's name, anyway)

Blue Ivy Carter, Beyoncé and Jay-Z's daughter, is just eight years old but already considered a "cultural icon," at least according to her mom. Beyoncé even used the supposed status in documents she filed in 2019 during her ongoing attempt to trademark her child's name. So what was the problem? Well, a businesswoman named Veronica Morales says she started using the moniker "Blue Ivy" for her company "Blue Ivy Events" long before the pop star tried to lay claim to it.

At the time, the singer also pointed out that Morales had a history of capitalizing on Beyoncé's own specific Blue Ivy — she had a sale on Blue Ivy's birthday and, at one point, even tried to connect with the singer's agent. More importantly, Beyoncé said Morales' operation is a "small business, with just three regional offices and a handful of employees," and that almost no one likes it on social media. Ouch. The case was pretty much settled on July 6, 2020, when the Trademark Trial and Appeal Board (TTAB) rejected Morales' arguments regarding the likelihood of confusion and lack of bona fide intent and dismissed her opposition.

Do you want to register, maintain or enforce a trademark?

Artists are notorious for becoming famous after they have passed away. Vincent Van Gogh, Bach and Emily Dickinson were all pretty unknown when they were alive, and it is probably safe to say that all of them would have preferred to have garnered at least enough fame to pay the bills. That means UK artist Banksy is something of an anomaly — he is famous, or at least his art is, but no one knows his real identity. Until recently, the artist seemed to prefer it that way, though we would not be surprised to hear otherwise.

Banksy is well-known for the anonymous, satirical artwork he paints on other people's property, like the walls of public buildings and the occasional steam roller. The nature of his work, which is highly visible and often semi-permanent, has led him to declare that "copyright is for losers," though evidently, a trademark is cool. 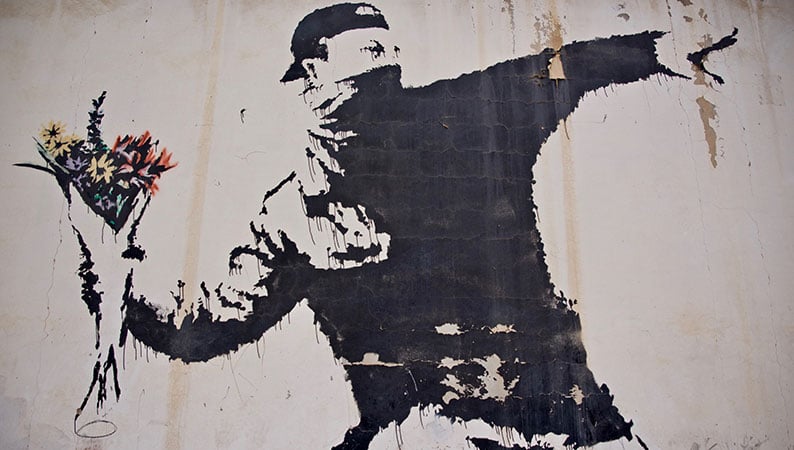 Advocating for peace instead of violence, Banksy painted the Flower Thrower on the wall that separates Israel from Palestine (Image source: Josh Levinger,  CC BY-NC-SA 2.0).

For the last couple of years, Banksy has been caught up in a trademark dispute with a greeting card company selling prints of one of his most famous artworks, the Flower Thrower, without his permission. Weirdly, Banksy argued that the company was violating his trademark. The two-year-long battle ended when the European Union Intellectual Property Office (the EUIPO) declared his design invalid on the grounds that it was filed in bad faith. The three judges panel also pointed out that Banksy "cannot be identified as the unquestionable owner of such works as his identity is hidden; it further cannot be established without question that the artist holds any copyrights to a graffiti." In other words, you cannot trademark things if no one knows your identity.

Amitabh Bachchan is a superstar in India, where he has acted in more than 200 films throughout his five-decade career. He is India's James Earl Jones — there is probably not a person in the whole country who could not identify him based on the sound of his voice alone. And like the voice of James Earl Jones, Bachchan's voice gets copied a lot, whether it is for fun, satire or something slightly more nefarious like the marketing of some product or another that the artist does not actually have anything to do with.

It turns out that there was one instance of voice-napping that was a bridge too far as Bachchan was concerned: A "gutka" brand was using a fake Bachchan voice to market their product. If you know what "gutka" is, it is pretty evident why Bachchan did not want to be associated with it. For those who do not know, gutka is a mixture of betel nut, paraffin wax, tobacco and slaked lime, and as you can imagine, it is addictive and not especially good for you.

Unfortunately for Bachchan, the voice alone cannot be protected under the Copyright or the Trademarks Act. On the other hand, the law does protect celebrities against defamation, and there is certainly a good argument that the use of Bachchan's voice may have confused some people into believing that he was endorsing the product. In this case, though, Bachchan appears to have not pursued his grievances, so we are not sure if the gutka people stopped impersonating Bachchan or if he did not have time to keep fighting.

Tennis star Serena Williams does not change her socks during a tournament. The night before every game, former professional basketball player turned coach Jason Terry sleeps in a pair of shorts bearing his opponents' logo. During his career, Hall-of-Famer Wade Boggs always ate chicken before a game and would only start batting practice at precisely 5:17 pm. Our point? Athletes are superstitious.

And yet for some reason, the owners of New England Patriots decided it would be a fabulous idea to trademark "19-0" and "19-0 The Perfect Season," even though they were still two weeks away from their 2008 Super Bowl match against the New York Giants. Nothing jinxy about that at all, right? The move upset New York Giants fans too, so much so that the New York Post trademarked "18-1" out of spite. So for you non-sports fans, here is what happened next. The New England Patriots lost the Superbowl 17-14.

Incidentally, The Kraft Group (which owns the New England Patriots) did go on to register both of those marks, though it did not officially lay claim to them until late 2016. No one is sure what they plan to do with them since the Patriots have yet to achieve a 19-0 season.

The moral of the story: Do not count your trademarks before you win the game. And if you need to apply for a trademark, get in touch with our experts, who know all the ins-and-outs- of the IP industry.

Join the discussion
Filed in
Related articles
Five women inventors who changed the world
March 24, 2020
USPTO extends patent and trademark deadlines during the COVID-19 emergency
April 24, 2020
Everyday IP: When were socks invented?
December 15, 2020
Everyday IP - Brushing up: When were toothbrushes invented?
January 20, 2021
Case study: Infringement potential analysis in a complex industry
February 4, 2021
Get the updates in your inbox: Subscribe now!