What is Intellectual Property 'theft' and how to avoid it? 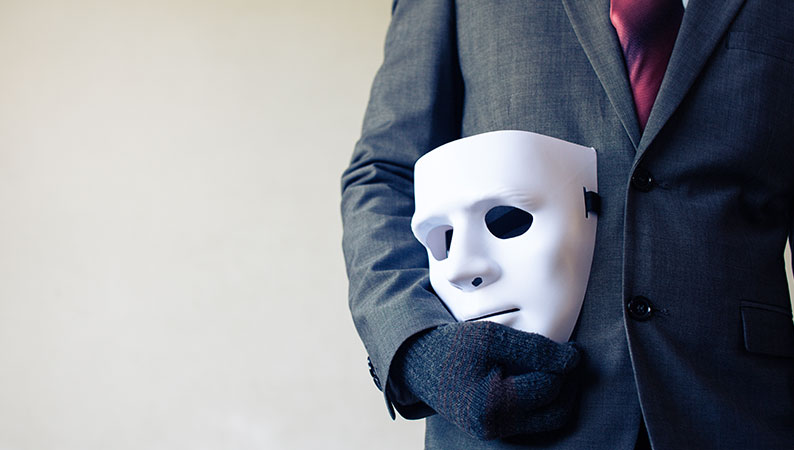 Intellectual Property rights (IPRs) are generally known as "negative rights" because the owner enforces them by stopping third parties from exploiting the rights' subjects. An IPR is typically infringed when a third party performs an act that is legally restricted to either the owner of the IPR or a person who has the owner's permission to exploit the right (a licensee). It is essential for general counsels, business owners or shareholders to understand IP infringement's precise nature in various circumstances and how it can be combated.

In general terms, patents protect inventions, entitling owners to bar the unauthorized exploitation of them. Trademarks protect distinctive signs and names, and copyrights protect original works of art and literature. In all cases, holders of these rights are likewise entitled to prevent unauthorized use of the protected invention, confusingly similar marks or stop the reproduction or adaptation of one or more protected artworks, as the case may be. The exact nature of an IPR is such that an owner of an IPR has the power and monopoly to prevent others from exploiting the subject of the right without the owner's permission.

What is 'IP theft', and is this the proper term?

Before we go any further, we need to establish an essential aspect: IP cannot be the subject of theft in any literal or legal sense. The term "theft" concerning IP is often incorrectly used by the general public and media. Since IP is a negative right that grants monopoly control over original creations, it is incorporeal and cannot be seen or touched.

At the same time, IP infringement can, in some instances, be accompanied by the theft of actual physical property or in conjunction with other civil wrongdoings and crimes. This simultaneous overlapping of several distinct types of unlawful conduct can engender incorrect assumptions among many that IP can be "stolen." For example, suppose research and development papers are physically stolen. In that case, we are talking about an act of theft (or robbery, if taken by force) that affects an iteration of the victim's IP, but not the IP itself. Similarly, when digital files containing product blueprints or technical drawings are accessed without authorization to "steal" the subject matter, various cybercrime laws and other types of civil wrongdoing such as unlawful competition can occur in conjunction with IP infringement.

Even so, "IP theft" has recently emerged in popular parlance due to factors including the issue's politicization vis-a-vis the U.S.-China trade war, with President Donald Trump and his administration being proponents of the term. Nevertheless, "infringement" is the most accurate term for IP rights violations and should not be confused with "theft," no matter how prevalent it might be.

Numerous misconceptions may result from the use of "IP theft" in the wrong context. Early in my career, I recall a matter in South Africa where an order for costs was obtained to "attach" a portfolio of patents and trademarks to found jurisdiction and as security for costs. A local Sheriff of the Court tried to execute the order by visiting the defendant and expecting to collect the IP in question from the premises. Imagine someone knocking on the door and saying they are arriving to collect patents, trademarks and copyrights? Of course, this is not possible. IP rights can be attached by entering a caveat against the register of patents or trademarks, preventing their transfer to a third party until a specific condition has been met. 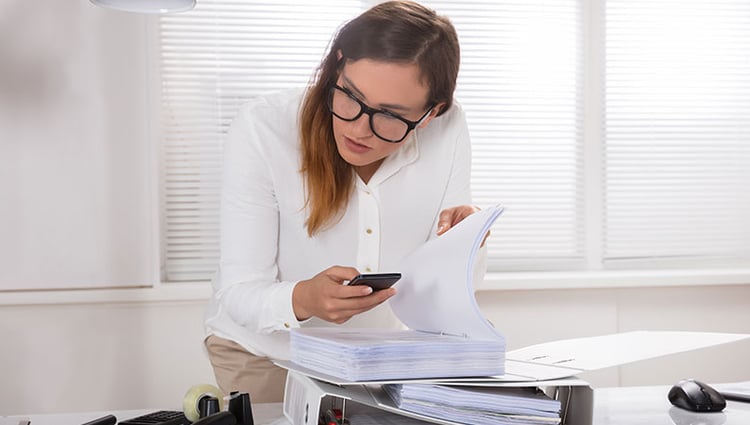 Trade secrets are typically covered by non-disclosure agreements (NDAs), and unlawful conduct, when considering trade secret violation, is the disclosure of the confidential information.

In the same way that an IP right cannot be loaded onto the back of a truck to execute a Court order to attach the IP, it is impossible to "steal" IP, which should be made more evident to business owners. After all, without a general understanding of IP, it will be nearly impossible to develop any strategy, even a basic one, to identify, protect and enforce the IP. Below, we have made a few comments as guidelines.

If someone says "IP theft," it is essential to understand that they probably mean infringement of a trademark, patent, copyright or other IP rights. This occurs in a variety of iterations:

As previously noted, literal theft does sometimes occur in conjunction with IP infringement. A hacker stealing a computer to access the copyrighted source code of a software development firm's flagship program would be a fitting example of multiple overlapping unlawful acts, as would an individual's physical theft of blueprints for a roughly sketched device or a prototype with pending patents.

How is IP infringement proven?

The first step in proving that an IP right has been infringed is to confirm that the IP owner is, in fact, the owner of the IP right in question. Having documentary evidence available represents a significant part of the battle. Where an IP right is registered, this step often is straightforward. Proving that an IP right has been validly registered is the beginning of setting out the evidence. Where IP is not registered, as is usually the case of copyrighted works, the evidence needs to be meticulously set out. The plaintiff needs to prove all the requirements of copyright subsistence and ownership. Usually, this involves producing documentary evidence proving who the author of the work was and that the protected work was "original" when it was created. It also needs to show that the plaintiff is the copyright owner despite not being the author if the copyright has been sold or transferred. 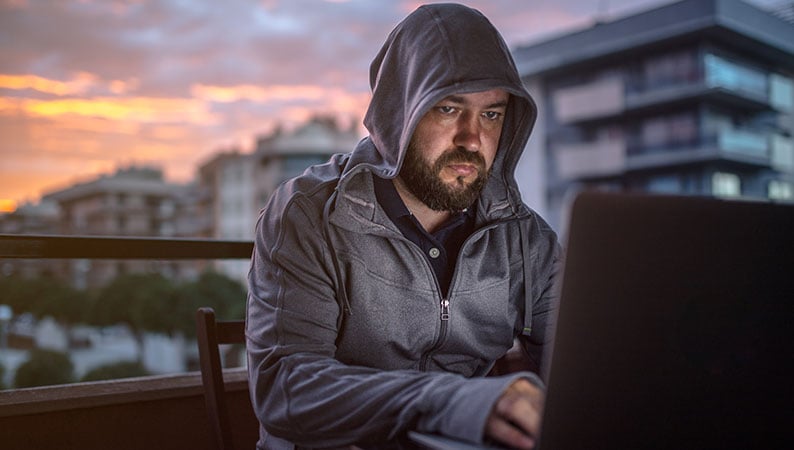 Actual theft does sometimes occur in conjunction with IP infringement. A hacker stealing a computer to access the copyrighted source code of a software is an excellent example of multiple overlapping unlawful acts.

The second step is for the plaintiff to prove that each requirement for the infringement of a specific IP right, as set out in the applicable legislation, has been met. There must be concrete proof of infringing conduct. For example, in the case of trademark infringement, it must generally be proven that the defendant has made unauthorized use of a trademark that is identical or similar to the registered mark and done so with several caveats:

An IP lawyer with considerable local experience must advise in these circumstances. The specific laws of each jurisdiction vary considerably.

Many of the same criteria for proving IP infringement translate to counterfeit goods. In some jurisdictions, there are separate civil or criminal remedies, making the burden of proof. In criminal proceedings, the burden often is "beyond a reasonable doubt" versus the civil burden of a balance of probabilities. In this aspect, the law of evidence relating to IP rights is no different from the general distinction.

What are the legal consequences of 'IP theft'?

Financial penalties (and an award for damages) for civil infringement of IP rights are determined based on local laws' factors. In many common law jurisdictions and the EU, punitive damages are generally not awarded, with few notable exceptions: Typically, a plaintiff must prove the actual or likely financial loss due to the infringement to be considered eligible for punitive or exemplary damages. As substantial financial loss can be challenging to prove, in many jurisdictions, a reasonable royalty (that would have been payable by a hypothetical licensee) instead of damages may be awarded by a judge after an inquiry into the applicable royalty rate. There may also be statutory judgments with lump-sum fines imposed on defendants, as is the case in Chinese IP law.

Depending on the jurisdiction, relevant factors in considering the scope and appropriateness of damages may be:

For many IP owners, stopping IP infringement is more important than obtaining an award for damages. To this end, the injunction seeking relief to prevent unlawful infringement without a plea for damages, or without following through with a claim for damages, is a popular course of action. 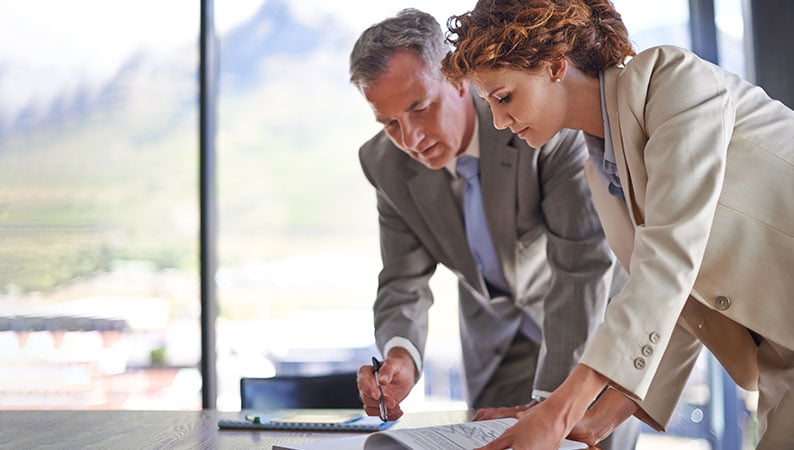 Proving that an IP right has been infringed relies on having documentary evidence available and working with an experienced IP lawyer that can advise on the specific laws of each jurisdiction.

How can an IP owner prevent 'IP theft' abroad?

Obtaining protective designations for IP outside of the owner's country is the best way to limit the chances of its infringement. In this regard, most countries are signatories to various treaties of the World Intellectual Property Organisation (WIPO) that make it possible to extend domestic IP rights to additional jurisdictions through simplified procedures. For example, a patent can be extended through the Patent Cooperation Treaty to several jurisdictions in simplified procedural steps, provided that specific requirements are met. A trademark can be extended through the Madrid System by following similar processes. In some instances, it is more suitable to extend rights through the national or regional filing routes, such as through the European Patent Office (EPO). The exact best course of action depends on many subjective factors such as budgetary considerations, the type of industry and the relevance of a particular market to actual or potential sales.

As can be seen, "IP theft" does not exist technically, and a company should first identify and then protect its various IP rights before it can be in a position to enforce them. Partnering with the Dennemeyer Group affords you a broad spectrum of services to help identify, protect and enforce IP rights, ranging from patent prosecution and litigation to patent search, anti-counterfeiting aid and much more.

Join the discussion
Filed in
Related articles
Patents that will help you haunt this Halloween!
October 31, 2019
German Constitutional Court allows complaint against the ratification of the UPCA
March 20, 2020
Will the COVID-19 pandemic alter the future of patent licensing for vaccines?
July 8, 2020
The 10-point checklist for nationalizing your PCT applications
July 2, 2020
Case study: Infringement potential analysis in a complex industry
February 4, 2021
Get the updates in your inbox: Subscribe now!