What is patent prosecution? Your A to Z guide 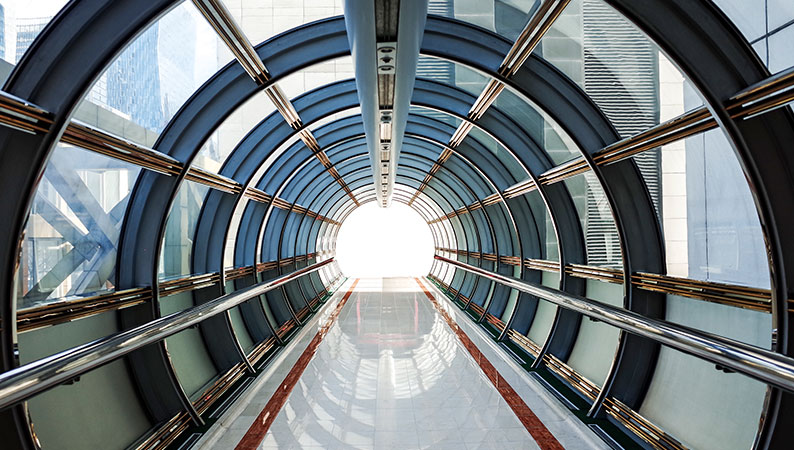 Patent prosecution entails arguing for the patentability of your invented machines, devices, methods or systems. This starts with applying for and successfully receiving a patent from the appropriate government agencies. It also involves asserting the novelty of your Intellectual Property through the submission of supplementary materials, including design blueprints and detailed instructions.

However, the term defining this process is one that can, at times, be misunderstood or confused by those new to the world of IP law. To mitigate the chances of something like this ever happening, it will be critical to dive deep into the ins and outs of patent prosecution. The more informed you are before you get started, the more likely your bid for patent rights will be successful, no matter where you are.

In this guide, we will address key fundamentals of patent prosecution, such as the following:

Despite its name, patent prosecution is not a legal action - at least, not in the manner that term would typically suggest in settings outside of IP law. In other words, the process is not set up against a defendant: That would be patent litigation, which can only occur after you have an approved patent that has come into jeopardy as a result of someone's act of infringement against it.

As noted earlier, prosecution refers explicitly to filing a patent application with all of the appropriate patent offices in the markets where you wish to hold IP protection until the grant of the patent. In some nations, including Luxembourg, Belgium and the Netherlands, patent regulators conduct only a formal examination before granting this right. The formal method largely centers around verifying the patent application's particulars, including whether the applicant furnished all requested information and made appropriate tax payments. Other countries, such as Germany, France and the U.K., assign greater importance to the process known as substantive examination, which goes to much greater lengths, such as proving the existence of the inventive step, to determine patent eligibility.

Eventually, once a patent has been granted in one or more specific countries, you will want to continue the prosecution process by filing a patent application internationally with the World Intellectual Property Organization (WIPO). This will allow you to be protected under the terms of the Patent Cooperation Treaty (PCT) and its 150+ signatory countries, making your patent rights virtually airtight on a global scale.

The role of patent attorneys

Patent attorneys aid inventors, and the organizations they represent, in drafting and filing patent applications. They will also help their clients with the development of a comprehensive strategy for IP protection.

For example, they would advise whether it was prudent for an inventor to file in single countries instead of submitting paperwork to an organization covering a group of countries - like the Europe Patent Office (EPO), the African Regional Intellectual Property Organization (ARIPO), the Eurasian Patent Office (EAPO) or the Gulf Cooperation Council Patent Office (GCCPO). Patent attorneys would also inform clients if any other IP protections were appropriate to take out along with their patent (utility models, trademarks, designs, copyright, etc.) or if a branching-off is possible in the event that a patent application lapsed, as is possible under the terms of Austrian and German IP law.

Patent attorneys help clients draft and file patent applications, but there is so much more to the job. They also need a solid knowledge of all other Intellectual Property forms to advise on various technical problems.

Patent attorneys must be authorized to represent before various national, regional and international IP regulatory bodies, e.g., the European Patent Office (EPO), the U.S. Patent and Trademark Office (USPTO), IP Australia, the U.K. Intellectual Property Office (UKIPO), the several agencies named above and many more throughout the world.

What patents protect (and related matters)

Under WIPO's terms, which correspond, more or less, to the statutes in most countries with thorough IP law, a patent can be granted to "a product or process that generally provides a new way of doing something or offers a new technical solution to a problem." The umbrella term "invention" applies to any such item within those parameters. A "product" does not have to be a physical tool or device, as WIPO clarifies - it could refer to "a chemical compound, or a process … or a process for producing a specific chemical compound." Moreover, most modern machines contain dozens and hundreds of inventions, each of which almost certainly had its own prosecuted application.

Before you can start on the road to prosecution, you must first establish without a doubt that the invention you hope to protect is patentable. In addition to the parameters described earlier in this section, concepts such as novelty (or "non-obviousness"), the inventive step, industrial applicability will all apply in some form or fashion.

It will be essential to know which inventions are difficult to patent or require protection(s) other than patents before you enlist a patent attorney's aid.

Some of these are regional difficulties or restrictions:

Other patentability difficulties are present, to varying degrees, no matter where you are:

When it comes to patents, there are some regional difficulties or restrictions that should be taken into account before moving forward with an application.

Once you have read up on the pertinent regulations, you can choose to begin the patent prosecution process. The necessary forms are generally obtainable online, and in theory, you would just visit the websites of the IP regulatory bodies in question, request them, fill them out thoroughly and resubmit them along with payment for any associated fees.

However, you must understand the intensity of the ordeal you would be subjecting yourself to, either alone or as a team. Even if you have a legal team in your organization or a lawyer on retainer, are they IP-experienced? Are they certified to practice IP law before multiple international patent regulators? If your legal aid cannot answer "yes" to both of those questions, you will need to enlist counsel that can.

Patent prosecution involves several distinct steps. First, you and your colleagues will write the patent application, draw up blueprints and craft all related explanatory documents for your submission. Then, it would be best if you considered how many countries you wish to file in. Procedures across multiple jurisdictions must be as streamlined as possible to keep a wide-ranging bid for patent approval on a distinct timeline. You can file in new jurisdictions separately later, within 12 months of the first filing, if new domestic sales opportunities open up. However, it is best to determine all markets where you believe your IP can be marketed and sold simultaneously and file those patent applications simultaneously.

Fees must be paid when filing and vary by country or region, as well as other factors. An initial official fee for filing in the U.S. will be slightly more than $2,000. Then you wait for the relevant authority to review your submission. During this time, you can file requests for examination in the hopes of expediting the process, the cost of which may or may not have been included with initial filing costs depending on where you are. As just a few examples, the U.S. includes them, whereas Japan and South Korea do not. In Europe, the total official costs fee is €3,785 or more.

The official costs of filing a patent vary from country to country, and you will have to keep in mind that some IP offices do not include an expedited tax in the initial cost of application.

No more than one year after your first patent application filing in a particular nation, you can and should file under the WIPO's PCT framework. This has its fees and also involves national authorities of your choosing, who review the PCT application separately from your initial application but will be extremely beneficial in the future, due to how many countries honor the PCT.

Other inventors or companies (i.e., your competitors) can file third-party observations arguing that your patent application is not patentable before it is even approved. You must have clear defenses instantly if such circumstances occur - further emphasizing the importance of having a strong legal team by your side.

You should also pay careful attention to time and its passage as you await regulatory decisions. When Patent attorneys or examiners from particular patent offices request additional information of you, furnish it immediately. Ignoring such requests can lead to the refusal of your patent application if you do so for long enough, in almost all jurisdictions.

If rejected during the examination, you must also file a notice of appeal or ask to speak to the examiner assigned to your case during a hearing (or both) as soon as possible. Letting any time go to waste could lead to a definitive lapse if the deadline for the remedy has expired. If a patent application has lapsed, a patent attorney can help restore it by invoking either unintentional lapse or due care, depending on the laws of the nations in question. For example, the EPO may revive your application under its terms of restitutio in integrum if you can prove that any missed deadlines or other issues leading to application lapse were not your fault.

The prosecution process is an ordeal if mishandled even in the slightest, but it does not have to be. Enlist Dennemeyer as your patent prosecution partner and our globe-spanning teams, full-spectrum legal services personnel and other experts will help maximize your likelihood of patent approval, no matter how many different inventions you are looking to patent, or how many countries or regions in which you hope to establish IP rights.

Join the discussion
Filed in
Related articles
Artificial intelligence: is it changing patent prosecution?
May 21, 2019
Your ultimate guide on how to manage the high costs of obtaining patents
December 4, 2019
Trade secret or patent protection – how do we decide?
January 21, 2020
Mastering the patent application process
March 10, 2020
How AI tools will change patent practice
June 9, 2020
Get the updates in your inbox: Subscribe now!