Trade secret or patent protection – how do we decide? 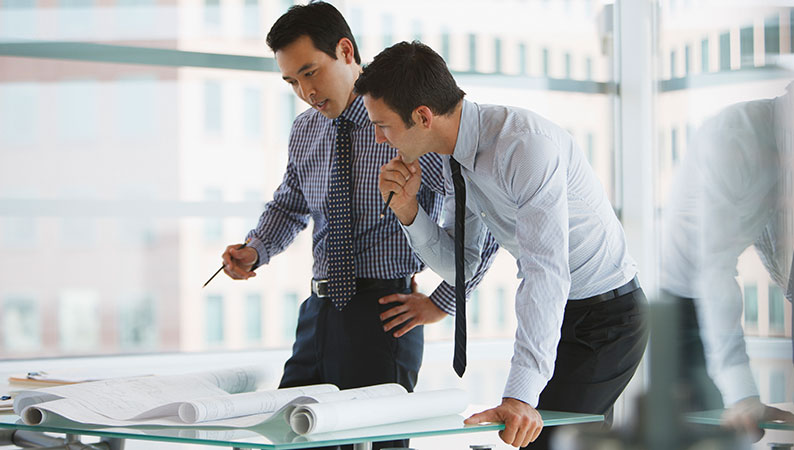 In our recent article on trade secrets, we indicated that virtually anything that adds value to a business could be regarded as a trade secret, and this may include any method, formula, device, process or information (technical or business, e.g., a list of suppliers) that gives the owner a competitive advantage. In this article, we focus on the factors to consider when determining how to protect technological innovation, and particularly whether to patent or keep as a trade secret.

In our first piece article of the series, we also mentioned possibly the world's most famous trade secret - whose recipe or "chemical composition" has been kept secret since the 1880s. This "product and method" fades into insignificance compared to the "secret" method of making Chartreuse liqueur. This was first "invented" in 1605 and has been in commercial production since 1737. So, it can be done provided protection strategies are well-planned and implemented. When it comes to technical innovations, we start by considering patentability criteria. Most jurisdictions have five main requirements for patentability. These are:


Because trade secrets have no specified criteria, they also can be considered to fit these patentability requirements – except, unlike patents, there is no Patent Office examination process to test them. The last criterion is always an area where organizational awareness is frequently lacking and can have a detrimental impact. Often innovative companies may prevent themselves (inadvertently or otherwise) from obtaining patent protection by commercially using (such as selling) their innovation before filing a patent application. In such circumstances, the only protection remaining is a trade secret, provided that the company can retain that status and manage the secret- now and in the future! We strongly recommend the training of commercial and technology team members to increase awareness of these criteria to manage this commercialization risk.

Given the background outlined above, we can now look at several questions that should be raised when making a conscious decision.

To patent or to keep secret?

The first issue is the subject matter. All jurisdictions have limitations on the patentable subject matter, whereas a trade secret can relate to anything, provided the owner considers the secret offers some competitive advantage and is valuable. Patentability criteria have been mentioned above, and again there is no test for a trade secret to satisfy, only this subjective competitive advantage assessment. Claims made by the patentee ultimately determine patent protection, and again there is no requirement for a trade secret to satisfy particular drafting needs. An underlying requirement and cornerstone of the patent system is for the patentee to disclose the invention in the patent application, which, of course, is the exact opposite of trade secret protection. One approach to managing this aspect is to prepare the "secret" as though you were going to file a patent application – this will help the understanding of the potential uniqueness / differentiation (and thus value) of the secret. 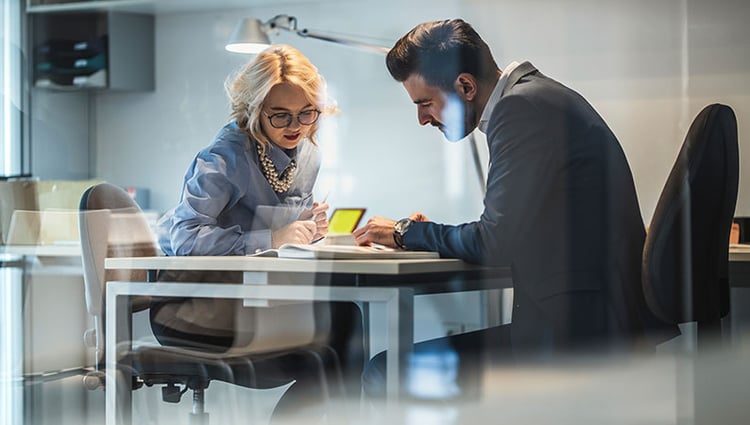 One approach to deciding whether to patent an invention or keep it a secret is to prepare as though you were going to file a patent application– this will help the understanding of the potential uniqueness / differentiation of the secret.

As indicated by the earlier examples, the duration of trade secret protection is potentially infinite, assuming it can be kept secret. You can compare this with the 20 years virtually universal period of protection for patents. The question of duration will often depend on the type of invention. For example, a software type development may only have a product life cycle of five years and this would tend to favor the trade secret option. On the surface, the cost of protection would seem to support seeking trade secret protection. Typically a reasonably broad geographic patent filing, examination and grant strategy might cost over USD200,000 and the costs of policing possible infringers can raise this significantly. However, to protect a trade secret against unauthorized use may not be as simple as a "one size fits all" non-disclosure agreement. Consideration of the best protection mechanism needs to take into account the nature of the trade secret, which may include:

These considerations might not simply involve just legal protection (such as agreements), but also physical security means. The various issues to examine when preparing confidential disclosure agreements and when to use them will be discussed in a future article in this series.

The patent claims referred to earlier are the basis upon which the patentee is protected. Even if an infringing party independently developed the patented invention, this will not form a defense for patent infringement. This issue, of course, is not applicable for trade secrets. It is worth stressing that independent development does not offer the trade secret owner any protection, nor does reverse engineering. The owner of a trade secret is powerless to prevent a competitor who chooses to reproduce a product or copy a process that is protected by a trade secret, assuming there has been no theft or illegal activity involved. The concept of reverse engineering can be a critical one in the decision process for chemical compositions as it is often the "secret" production method (such as a unique combination of chemistry and process parameters including temperature, pressure, time, etc.) that really characterizes the invention and provides the commercial advantage. In short, trade secret protection is only useful against "unfair"or"illegal"users, whereas enforcing patent protection is based on clearly defined principles of claim infringement, irrespective of how such infringement came about. 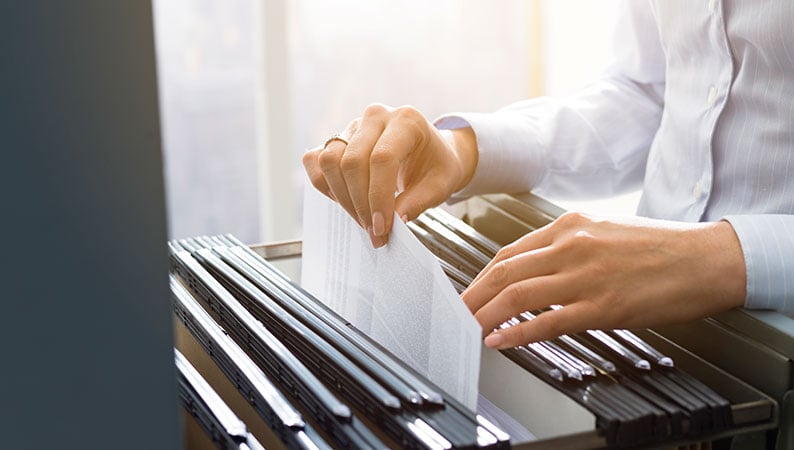 Trade secret is potentially infinite, but the question of duration depend on the type of invention. For example, a software type development may only have a product life cycle of five years and this would tend to favor the trade secret option.

Both protection approaches involve risk. The patent system centers on invention disclosure, and while examination procedures in major jurisdictions are very thorough, it is possible, for example, to miss relevant prior art during the examination process. This has the potential to lead to patent invalidity. The alternative protection method, a trade secret, is not risk-free either. While the owner may believe they have taken all necessary steps to protect the secret, the risk of disclosure (either inadvertent or deliberate) is always present. Again, independent development by a third party lurks as a potential reason not to protect as a trade secret. In some jurisdictions such as the U.S., the law is becoming stronger to protect the trade secret holder, but there is considerable variation throughout the world.

The foregoing discussion centers largely around protecting an invention for internal commercial use and application. However, where the owner intends to commercially exploit and market the invention to external parties (for example, through licensing), other factors in this protection decision emerge. The licensing of patented technology is easier to implement. The technology being licensed is precisely defined and license terms relating to patent validity and infringement in a license agreement can be clearly set out. Trade secret licensing (and sometimes "hybrid" licenses of patents and trade secrets) is still possible. An underlying benefit of trade secret protection is the lack of a specific definition. However, any licensee needs to be satisfied that it is receiving a genuine trade secret and not something already in the public domain, and thus clear definition is required in the agreement. From a licensor's perspective, any license involves disclosure and the licensee might become a competitor or the licensee's employees may become a source of "leakage" of the trade secret. In any event, the licensing of a trade secret puts significant pressure on both the licensor and licensee to ensure robust confidentiality provisions are in place. An admirable, but not always an easily achievable objective. 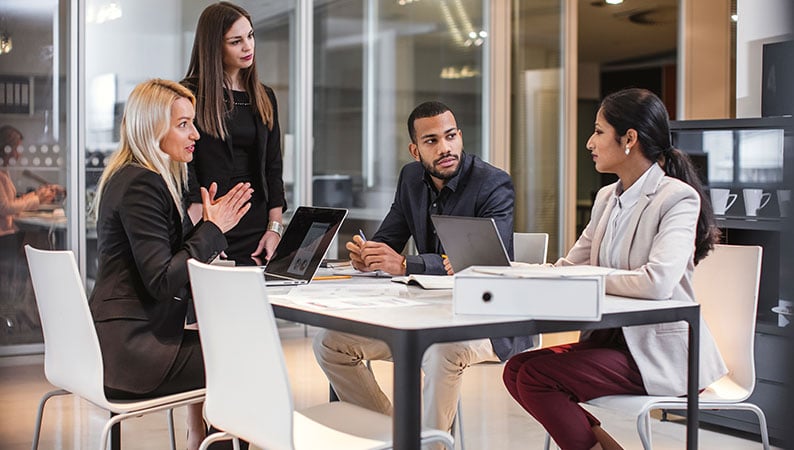 Other factors emerge when the owner intends to commercially exploit and market the invention to external parties. In any event, the licensing of a trade secret puts significant pressure on both the licensor and licensee to ensure robust confidentiality provisions are in place.

The purpose of this article is not to favor one protection mechanism over the other. Rather it is intended to identify several factors and issues the owner of a technological innovation should consider. As can be seen, there are many competing possibilities across these options. Factors such as the nature of the invention, nature of the industry (size, location / geography, competitors, product lifecycles, etc.), anticipated technology lifespan, value of the invention (price point, profit margin, addressable market size etc.), supplier requirements, employee issues and the owner's business objectives are likely to shape the ultimate decision. We trust that this article provides a useful framework upon which to assess these options.

The Dennemeyer Group provides a wide range of IP protection and management services to clients throughout the world. As a result, Dennemeyer is particularly well placed to advise business owners on strategies for the overall protection of their intellectual assets, including the development and implementation of trade secret protection strategies consistent with protection through established IP registration regimes.

Join the discussion
Filed in
Related articles
Your ultimate guide on how to manage the high costs of obtaining patents
December 4, 2019
Mastering the patent application process
March 10, 2020
Will the COVID-19 pandemic alter the future of patent licensing for vaccines?
July 8, 2020
Regulations and the surge of software patent applications in the U.S.
September 2, 2020
Strategies patent defendants use to avoid injunctions
November 20, 2020
Get the updates in your inbox: Subscribe now!