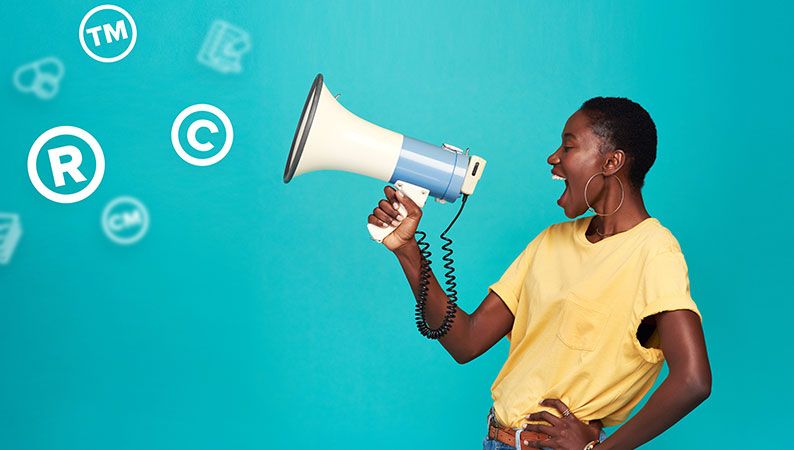 Can "Fack Ju Göhte," the title of one of the most successful German comedy movies in recent times, be registered as a European mark? How should the morality absolute grounds for refusal be interpreted, and does freedom of expression play a role in EU trademark law? Following the recent Court of Justice of the European Union's (CJEU) decision in Constantin Film (C-240/18), we may now have an answer.

The absolute grounds for refusal under article 7(1)(f) EUTMR denies registration of "trademarks which are contrary to public policy or to accepted principles of morality." Back in 2015, the EUIPO denied registration of the sign "Fack Ju Göhte," which was applied mostly for merchandising products, as it was deemed contrary to the "accepted principles of morality." The EUIPO's decision was subsequently upheld by the EUIPO Fifth Board of Appeal and the General Court (T-69/17).

However, the latest decision instead saw the CJEU rule in favor of the registrability of the sign, finding that the General Court (GC) had erroneously interpreted and applied the morality grounds for refusal. The CJEU first noted that the concept of "accepted principles of morality" is not defined by the EUTMR. Thus, the concept must be interpreted in the light of its usual meaning and the context in which it is generally used. The Court further observed that:

The CJEU made it clear that a sign of bad taste should not be rejected per se since "all the elements specific to the case" should be examined, taking into account the perception of "a reasonable person with average thresholds of sensitivity and tolerance." The public's reaction to that sign or similar signs in the past could also be considered. In a nutshell, the assessment cannot be made in abstracto but, instead, by considering how the mark would be perceived in a concrete and current social context.

After recognizing that the relevant public is German-speaking, the CJEU recalled the GC's arguments, among which: 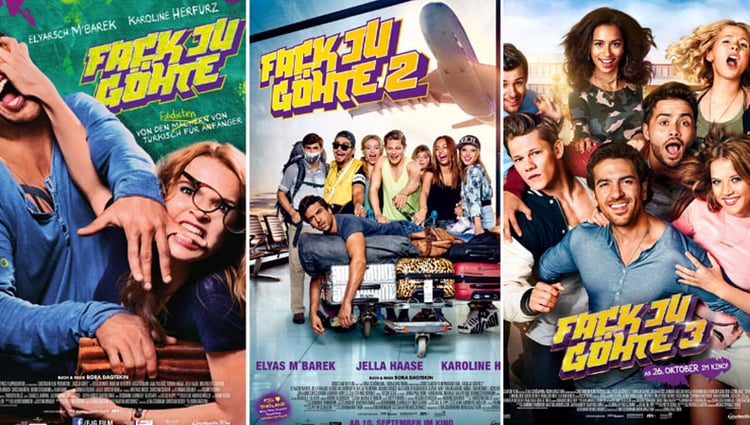 Everybody had given up on registering "Fack ju Göhte" as a trademark because it was contrary to the principles of morality, but then the CJEU accepted its registration in a judgement handed down on February 27, 2020. (From left to right: "Fack ju Göhte" 1, 2 and 3 movie posters. Image source: Constantin film)

In the opinion of the CJEU, the GC's examination was merely abstract and ignored any "contextual element." The CJEU went on to raise several factors for consideration:

The above factors show that the German-speaking public at large does not perceive the sign "Fack Ju Göhte" as morally unacceptable; thus, the GC erroneously applied and interpreted article 7(1)(f) and the CJEU annulled its decision.

The CJUE decision stresses the need to consider "all the elements specific to the case" when assessing if a mark is contrary to accepted principles of morality. The abstract approach adopted by the GC in the previous case-law, in which the intrinsic qualities of a mark were considered, is thus incorrect.

We will have to wait and see how the approach of the EUIPO and that of the Courts evolves in light of this decision. Marks that were previously refused because shocking or offensive tout court (e.g., "La Mafia se sienta a la mesa," T-1/17) may have new chances of being registered based on such a less restrictive approach. In particular, in La Mafia Franchise (T-1/17), the GC argued that the sign was to be assessed based on its intrinsic qualities without considering "circumstances relating to the conduct of the person applying for the trademark."

The CJEU concluded with a clarifying remark: freedom of expression must be taken into account in the balancing of the rights in question when assessing if a sign conflicts with accepted principles of morality. The EUIPO and the GC had, instead, affirmed that freedom of expression does not apply in the field of trademarks, without explaining why (T‑69/17, § 29). The CJEU's clarification should not be surprising, though, given the wording of the EUTMR itself. In particular, Recital 21 expressly emphasizes the need to apply the regulations in a way that ensures respect for fundamental rights and freedoms, in particular freedom of expression.